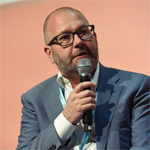 Kristian Nylén is the CEO and Co-Founder of Kambi Group, a supplier that provides licensed B2C gaming operators with sports betting services. Nylén has served as the company’s CEO since its founding in 2010. He currently resides in London, England, United Kingdom.

Kambi is known as one of the significant sportsbook supplier companies in the industry. Four years after Nylén co-founded the company, it gained a listing on First North at Nasdaq Stockholm.

During the past several years, Nylén has led the supplier in a major Latin American expansion initiative.

The Kambi Group has been active in Argentina since early 2021 when it launched in the Neuquén province with Casino Magic during the first quarter. The company also became the first sportsbook provider to operate in the city and region of Buenos Aires, Argentina.

Nylén has been with Kambi since he co-founded the group in 2010.

He shared on his social media platform a brief history of his experience throughout his career before Kambi’s formation.

Nylén said: “I joined Unibet in 2000 and by 2003 had assumed responsibility for Sportsbook Operations, joining the management team.

“In 2009 I worked with some of the current Kambi management team on a business plan to launch an outsourced sportsbook and upon the formation of Kambi in 2010 became CEO.”

Under his leadership, the sports betting supplier recently signed a multi-year agreement with player account management platform Ondiss. The deal allowed Kambi to provide its sportsbook in Argentina to “at least three operators on an exclusive basis.”

Per the terms of the agreement, BetWarrior, Casino Magic and Casino Club gained access to Kambi’s sportsbook, along with additional operators that are part of Ondiss’ network.

The deal with Ondiss will aid in the company’s continued expansion throughout Latin America.

“The Latin American market continues to hold great promise for Kambi, so I am delighted to sign this exclusive agreement with Ondiss to support these visionary operators across Argentina. “Kambi has proven time and time again that we know what it takes to succeed in some of the world’s most competitive sports wagering markets.” Kristian Nylén