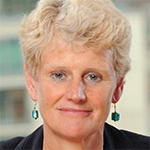 Brigid Simmonds is the Chair of the Betting and Gaming Council (BGC), which represents over 90% of the UK gambling sector (excluding lotteries).

Simmonds was awarded an OBE for Services to Sport in 2006.

She is also a former Trustee of GambleAware and a Member of the Government’s High Street Forum.

Under her leadership, the BGC has created and supported over 119,000 jobs, from high street to hospitality, and from tourism to tech.

The gambling industry generates £4.5bn ($5.42bn) in taxes for the Treasury and contributes £7.7bn to the economy in gross value added.

At the Global Gaming Awards London 2022, Simmonds was shortlisted in the 'Executive of the Year' category.

Brigid Simmonds has been serving as Chair of the BGC since October 2019.

Before this, Brigid was the Chief Executive of the British Beer & Pub Association from 2009 to 2019.

She also served as the Chief Executive of Business In Sport and Leisure between January 1992 and July 2009.

In September 2021, BGC launched a bid to raise awareness among 11–19-year-olds through a four-year education programme.

In the same year, BGC financially supported GambleAware to expand its services.

While in October 2021, BGC launched a campaign called ‘Take Time To Think,’ which aims to promote safer gambling by encouraging customers to use the wide range of safer gambling tools offered by the body’s members.

“We want people to gamble safely and we have to recognise that online is a global industry. I don’t believe in prohibition anyway, but even if you did close down the industry in this country, it would be available to gamblers elsewhere.” Brigid Simmonds

In November 2021, at ICE London, Brigid Simmonds talked about BGC’s new initiatives including the 'Take Time To Think' campaign.