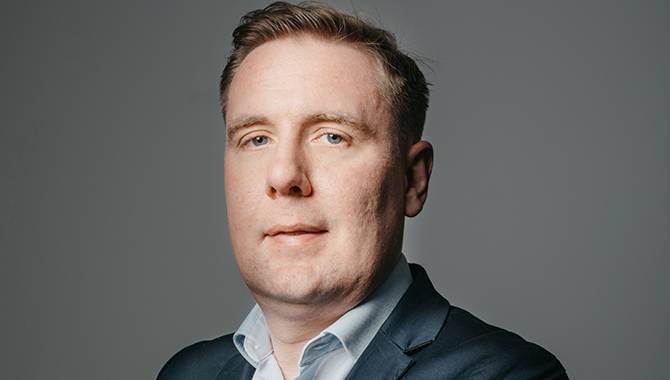 Can you describe the complexity of your role at Digitain and how it’s able to function, especially during these unpredictable times?

There is a saying, ‘Jack of all trades, master of none’. Maybe that is being disingenuous to me but in business speak, my role is varied, fast paced and no day is the same. Joking aside, my role comprises of managing three teams: the sales team based in our Yerevan office, our regional sales offices, and the external relations department that deals with all the third-party suppliers to Digitain. I have a fantastic team around me and to see the results that are being achieved make all the long hours and interrupted days off and weekends worth it.

What has been most gratifying in your time at Digitain since you joined over a year ago?

My biggest enjoyment has been seeing the sales team grow in terms of deals that have been signed; since March 2020, we have signed more deals than the last three years combined. This is a great achievement in the changing world we live in. It’s not just the volume of deals that has bought me the most joy, it’s seeing the team grow as individuals and develop as sales professionals within the gaming sector. Additionally, we have doubled the size of the sales team with the majority of new hires having no gaming experience. Seeing these colleagues achieve and the smiles on their faces when they sign their first deal and getting their first commission check takes me back to when I started in the industry, and it’s great to see new energetic people joining this great industry that we all work in.

How much is Digitain missing trade shows right now?

Of course, we are missing trade shows. I reference above the new team members that have joined the team and, yes, they have attended virtual trade shows. But a key requirement for any sales team is development of their own network and, to be perfectly honest, virtual trade shows don’t offer a comparable networking experience as the live events. I need my sales team to get out there and explore the big wide gaming world. So much business and networking is done through the networking events and the sales team misses this. In terms of external relations, again we are missing face-to-face interactions with our industry colleagues who are valued providers to Digitain. I honestly believe so much more can be achieved more effectively and at greater speed face to face rather than virtually. I think it is safe to say it’s not only Digitain that is missing trade shows.

Do you have a prediction for when trade shows can make a safe return?

I think we will see trade shows start up again in the New Year and I am looking forward to Sigma in Malta in April. I think from that point we will see the return of live events. However, I think there will be a gradual scaling up as the vaccine starts to roll out globally. I don’t think events will come back as quickly as some are hoping, and we’ll need to respect those colleagues who may not feel comfortable travelling. So I think we’ll see a gradual return of events and hopefully in the final quarter of 2021 we’ll be back to as close to as normal as before.

What kind of summer 2021 can Digitain expect, given the likes of Euro 2020 and the Tokyo Olympics will be taking place?

I think we’ll see the Euros and Olympics take place. With professional sport, I think we’ve seen there are ways to get events on. The Premier League and major football leagues are back and I think we’ve seen with the cricket test series of last summer that anything is possible. I will say the events may not be as we know them with live audiences, but I firmly believe the events will proceed, maybe just a little bit differently from the past.