Paul Sculpher: An identity crisis amid the government review and the coronavirus pandemic

This article originally appeared in the November/December edition of Gambling Insider magazine: With a legal review coming on UK land-based casinos, Paul Sculpher of Gaming Recruitment Solutions asks: Where are we going? 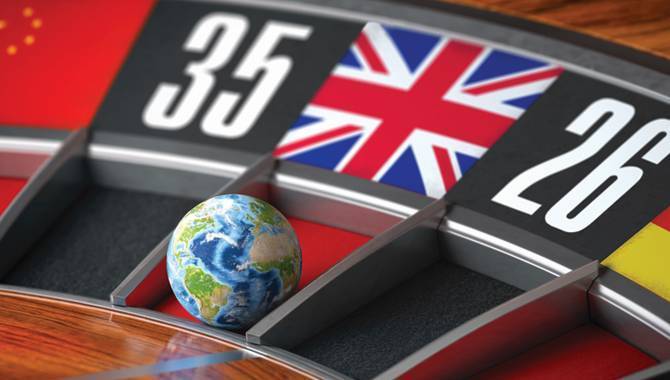 This article originally appeared in the November/December edition of Gambling Insider magazine: With a legal review coming on UK land-based casinos, Paul Sculpher of Gaming Recruitment Solutions asks: Where are we going?

The pandemic, and its associated restrictions, has obviously had an effect on the UK casino industry that ranges, depending on whom you speak to, from the dire to the catastrophic. As I type, the furlough replacement scheme – the Job Support Scheme – has just been announced, and operators have a complicated equation to consider, with some unknown variables. Paying 33% of full-time hours vs government subsidy vs redundancy costs vs £1,000 grant for retained staff would be a mathematical problem. But add in the question about further lockdowns and a guess about the landscape in April and you end up with a difficult educated guess required as to what to do.

Where is this industry going?

To answer that, it’s worth reflecting on where it’s been. I’ll cut a long story short, and please forgive the cliches. Thirty years ago when casinos were largely low ceilinged, centrally located smoky places with a waiting period before you could get in, the public perception was that they were a) full of gangsters and scary people or b) full of James Bond types in dinner jackets using cigarette holders and eating caviar.

As we moved into the late 90s and the 21st century, operators were trying to open up the perception of casinos into the mainstream, with the oft-quoted stat that only 2% or 3% of the population had visited a casino in the last 12 months, wildly lower than (usually cherry-picked) other countries – conveniently failing to recognise the AWPs in every pub, high street arcades, 9,000 plus betting shops and the imminent arrival of online gambling.

This opening up process often took the form of a larger site, further from the centre of the town or city, with a wider offering, encompassing at least an upscale bar, larger restaurant, sometimes entertainment and with deregulation to smooth things along. The idea was that penetration into the populace would doubtless follow.

Looking back now, you’d struggle to say it was a wild success. Bigger sites mean bigger rents and bigger employment costs, but many operators simply found that while their admissions numbers went up sharply in the bigger boxes, the surge was largely at weekends and those extra admissions translated into bar sales, sure, but not so much on gaming (especially when limited to ten, then 20 B1 slots).

“When, as an industry, you lobby for years for some sympathetic treatment from lawmakers on the basis that casinos aren’t just gambling venues and have a wider offer, it’s hardly surprising that you get lumped in with bars and restaurants when it’s time to decide who gets stuck with a 10pm curfew. The question remains: Has the attempt to open the market up to new players failed?”

The addition of live entertainment didn’t even tickle the needle in most places, and many operators were left scratching their heads as to why their bills were way higher but their bottom line didn’t move much – those throngs of new visitors stubbornly refused to become gamers in significant numbers, and those that did not only didn’t have much of a gaming budget, but equally importantly were slow spenders on gaming.

Fast forward to today, and not too much has changed. I’ve written before how smaller sites seem to me to be the direction of travel. With licences devalued given both the pandemic and the strangling effect of AML and affordability regulations, it seems to make sense to take a step back and aim the offer at people who already have both the desire and the means to gamble. In fact there’s even been a short-term direct blow struck to the industry by the will to offer a wider experience in the UK casino trade. When, as an industry, you lobby for years for some sympathetic treatment from lawmakers on the basis that casinos aren’t just gambling venues and have a wider offer, it’s hardly surprising that you get lumped in with bars and restaurants when it’s time to decide who gets stuck with a 10pm curfew. That’s just unfortunate happenstance, but the question remains: Has the attempt to open the market up to new players failed?

I spoke with the marketing director of one major UK operation last week (mostly operating larger sites with the same drive to attract non-gamblers), who revealed to me a very telling snippet. The most popular page on their websites was under FAQ, and was “What’s the dress code?” If potential visitors are still asking that question after two decades of making casinos more friendly to newbies, surely an objective observer would say it just didn’t work.

So what’s the answer, when the COVID dust settles and it’s time to look beyond the immediate survival horizon? Well, there’s a Gambling Review coming, and while it may be over-dramatising to say it’s either move forward or die, there certainly won’t be many chances to secure improved terms for the offline industry. Sure to be on the larger operators’ lists of preferred changes will be more slots and portability of existing licenses. There’s an element of “they would say that” of course since they hold most of the existing unused licences and their operations are skewed towards the higher footfall locations where the limit of 20 slots means they’re at or near comfort capacity a relatively high proportion of the time.

If we look beyond the big boys, what else might the industry ask for that could genuinely help out, and not be unrealistically contentious? Well, you’d start with automated table games. Electronic roulette was a total game-changer when it was first introduced, with the UK being so roulette heavy, transferring some of the action onto terminals saved a fortune in employment costs and has doubtless effectively protected thousands of other jobs ever since. There’s no earthly reason why roulette and other games shouldn’t be allowed to be offered on terminals via RNG, as they are in every online casino on earth, and the combination of the casino atmosphere with a variety of available games means the casinos could simply be a lot more fun.

Currently the rules mandate that there has to be physical equipment involved: a real wheel, or real cards and dice, and this makes offering auto craps and card games exceptionally awkward and expensive, as anyone who’s seen the price tag for an automated dice shaker will attest. The chance for players to test the water on a million new games that people might love, but don’t want to play first time at an intimidating table could revitalise the industry like few other options. The jobs protected by making the whole product more fun and ensuring the viability of some casinos would heavily outweigh those lost in a couple fewer tables per site.

The review should also consider adding in new areas for casinos. The Permitted Areas Regulations, which governed where all casinos could be located, date back to 1960-something, so it’s hardly too relevant these days. The 2005 Act added some laughably random sites, from those already offering casinos, Leeds and Southampton for instance, to the ludicrously non-viable: Dumfries, Skegness anyone? There are plenty of areas in the country that currently can’t by law offer a casino, but from an economic perspective would be very attractive, leading to a potential competition process for local councils that could guarantee significant local benefits (as were realised in Stratford, Leeds and other locations). There’s no value in allowing portability of existing licences (which were originally awarded with no assurance of anything but the right to operate within that area) when there are tens of millions to be made for local areas by maximising the value of new locations.

“There’s no earthly reason why roulette and other games shouldn’t be allowed to be offered on terminals via RNG, as they are in every online casino on earth, and the combination of the casino atmosphere with a variety of available games means the casinos could simply be a lot more fun.”

There are plenty of other areas where the UK casino industry can lobby for changes, especially in the context of the online operators being under so much scrutiny. Concessions to these big land-based casino employers seem only fair as they’re locking in the most jobs, paying significant UK taxes, and bear the burden of the AML and affordability rules. The contrast between the process UK casinos have to follow, and that which online players need to follow is genuinely astounding, as anyone who has seen some of the self-certification safer gambling page of one major bookmaker will attest. I don’t even know how much you have to spend with some online operators to trigger a conversation with a real person, even now, after so many high profile cases of spends wildly out of line with incomes. But it’s the sort of number that no offline casino operator could even imagine.

The offline industry in the UK is in a hole, no doubt about it. The upcoming review may be a lifeline – although some operators will sink without a trace long before it provides any benefit. But we can only hope that it offers some kind of opportunity to continue to provide one of the more community benefit-rich forms of gambling in terms of employment and tax revenue to UK punters. That shouldn’t be restricted solely to the two major operators, and the other operators’ voices should be heard when it’s time to put forward the industry view.