Willem van Oort: Is regulated online gambling in the Netherlands the next big thing?

This article originally appeared in the November/December edition of Gambling Insider magazine; since the publication of this article, the deadlines have changed slightly to 1 April for applications and 1 October for market launch: 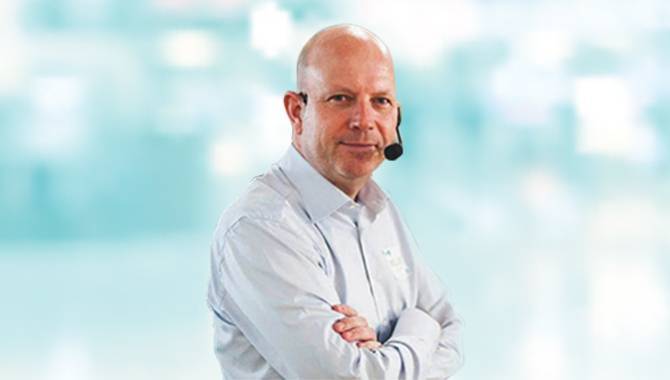 This article originally appeared in the November/December edition of Gambling Insider magazine; since the publication of this article, the deadlines have changed slightly to 1 April for applications and 1 October for market launch:

After a decade of political wrangling, 2021 promises to be the year that regulated online gambling finally comes to the Netherlands, writes founder of Gaming in Holland Willem van Oort. How excited should the industry be?

According to the Ministry of Justice and Security’s latest timetable, the Dutch Remote Gaming Act is scheduled to enter into force on 1 March 2021. The regulated online market will open six months later, on 1 September, 2021, which should give the Netherlands Gambling Authority sufficient time to process its first batch of remote license applications. By law, the regulator is only allowed to start processing applications once the Remote Gaming Act has entered into force.

Given all the earlier delays and false starts, it is not unreasonable to ask whether yet another postponement is still on the cards. After all, the original version of the current Remote Gaming Act was first proposed in 2014, but only adopted by the Dutch Lower House in 2016. Worse was to come: it would take almost three more years, until February 2019, before the country’s Senate finally approved the bill. For the next eighteen months, political wrangling shifted back to the Lower House with seemingly interminable discussions on the secondary legislation.

However, during a procedural meeting of a Lower House Committee on September 23, MPs at long last declined to raise either further objections against the implementation of the Remote Gaming Act. Moreover, the next Parliamentary consultation during which this issue can be revisited will almost certainly take place after the Act enters into force. While this does not mean further delay is impossible – we certainly had nasty surprises before – we now (conservatively) estimate there is at least a 90% chance the Remote Gaming Act will enter into force as projected above.

“In summary, while it may be somewhat over-optimistic to hail the regulated Dutch online market as ‘the next big thing,’ it seems undeniable that, depending on an operator’s product focus and/or ability to run large-scale political lobby operations, the Netherlands may, in fact, offer the biggest bang for the buck. Especially with the (expected) tightening of rules in traditionally more gambling-friendly jurisdictions, the Dutch market will be nothing to sneeze at.”

Having remote gaming regulations in place is, of course, only half the story. It remains to be seen how attractive the resulting regulated market will be. Without question, the Dutch online gaming market will be a high tax (29% of gross gaming revenue & a 1.5% responsible gaming levy), high regulation market. On the other hand, the Netherlands is the seventh-largest economy in Europe (fifth in the EU), with a wealthy population and high internet penetration. If we contrast the Netherlands to other recently or soon-to-be regulated markets, we can draw the following comparisons:

Sweden: While the average Dutch consumer is expected to be less inclined to gamble than their Swedish counterpart, the Dutch economy is almost twice as big as Sweden’s. With a detailed body of secondary legislation, regulatory uncertainty, contra Sweden, is not expected to be a big issue.

Germany: Germany is obviously a much bigger market than the Netherlands. However, Germany’s online casino/online slots regulations leave a lot to be desired, which is likely to be a major drag on the performance of multi-product operators. On a per-capita basis, the Netherlands is wealthier than Germany.

The United States: Seen by some as the Holy Grail, the US market features – apart from its enormous potential – some major drawbacks. First, it should be noted that the US gambling market is regulated on a state level. Looking at population, the Netherlands would be the US’ fifth-largest state, only trailing California, Texas, Florida and New York. By this metric, the Netherlands would be a bigger prize than 46 of the 50 US states. While it is not always easy to generalise, US gambling and betting regulations also tend to be far more protectionist than the relatively open Dutch model, which must operate within the constraints of EU fair competition rules.

In summary, while it may be somewhat over-optimistic to hail the regulated Dutch online market as “the next big thing,” it seems undeniable that, depending on an operator’s product focus and/or ability to run large-scale political lobby operations, the Netherlands may, in fact, offer the biggest bang for the buck. Especially with the (expected) tightening of rules in traditionally more gambling-friendly jurisdictions, the Dutch market will be nothing to sneeze at.

The regulations accompanying the Remote Gaming Act will contain several provisions to ensure newly licensed operators – not least the Dutch land-based incumbents – will be facing a level playing field once the regulated market opens. Most importantly, online operators deemed by the Dutch regulator to have "actively targeted” the Dutch market in the past will not be immediately eligible for a remote license. René Jansen, chairman of the Netherlands Gambling Authority, recently clarified this “cooling-off period” at the Gaming in Holland Conference, which took place on 22 September in Amsterdam:

“When we receive an application for a license, we will look at the applicant’s activities for a period of two years and eight months prior to the date of their application. In other words: an operator who applies for a license on 1 March 2021, will need to ensure its offerings have not specifically and actively targeted Dutch consumers from 1 July 2018 on.

“To assess whether that is the case, we will examine certain criteria. These include, but are not limited to, making use of the Dutch language and payment platforms popular in the Netherlands. To be eligible for a license, operators must also have had adequate age verification in place from 1 January 2020 on, to effectively prevent minors from participating in gambling.”

Furthermore, future licensed online operators that were previously active in the unregulated Dutch market will be required to purge any customer databases acquired while operating without a license. It should be noted, however, that, as currently phrased, this provision will apply equally to land-based incumbents, who may not automatically promote their online offerings to existing customers.

In short, while not without its challenges, the Dutch market should offer an interesting proposition. We, at least, are excited for what is coming.