LeoVegas CEO: The roaring lion is ready for another 10 years 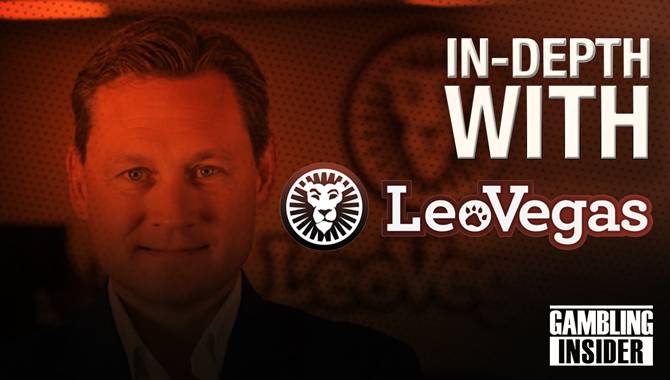 LeoVegas CEO Gustaf Hagman has provided an update on the group’s future plans for 2022, as well as looking back on a busy year for the company, which recently celebrated its 10-year anniversary.

Hagman was speaking at a LeoVegas Group webcast conference, where the company presented its Q4 2021 and full-year 2021 financial results. He was joined by CFO Stefan Nelson.

But before Hagman delved into the figures, he touched on a significant milestone for LeoVegas. The company celebrated its 10-year anniversary on 12 January 2022, with the CEO saying: “A lot of things have happened since we founded LeoVegas, and this picture is filled with a lot of happiness and joy when we rang the bell at Nasdaq and completed the IPO of LeoVegas, one of many milestones.

“Both the company and the industry have evolved tremendously since then, and today the group is more than ready to take on another 10 exciting years. All of this is driven by our fantastic employees supported by the greatest and latest technology, keeping us at the forefront in delivering the best mobile experience out there.”

The company reported revenue of €98.2m ($111.8m) for the fourth quarter of 2021, which was unchanged from the prior-year period. Excluding Germany and the Netherlands, however, revenue increased by 26%.

The CEO then turned towards the future, noting that the company will focus its attention on several areas, including its “US expansion, which is extremely interesting, our increased focus on sport, and we have also started to build our own games. And of course, new geographies and brands, and there is much more to come.

“I think we are in the best shape ever to continue to expand and grow LeoVegas. The roaring lion is ready for another 10 years.”

During Q4 2021, LeoVegas was granted renewed gaming licences by the Danish Gambling Authority, while after the end of the quarter, the company applied for a gaming licence in the Canadian province of Ontario.

Highlighting that LeoVegas is the number three casino brand in Canada, Hagman explained that the group’s presence in that specific market is key to helping it succeed in its future expansion across the US.

“When American operators are looking to expand, they are looking into Canada as well,” said the CEO. “So I think we have valuable knowledge and experience from Canada now when we are expanding into the US and opening up in New Jersey, and that's extremely valuable for us.

“The US expansion is on track, New Jersey will be the first state for LeoVegas. We have signed an office and recruitment of a local team is ongoing. We're about to certify our own player account management system, that’s ongoing and according to plan, and we have also started to secure further expansion into new states in the US.”

A lot of things have happened since we founded LeoVegas, and this picture is filled with a lot of happiness and joy when we rang the bell at Nasdaq and completed the IPO of LeoVegas, one of many milestones. Both the company and the industry have evolved tremendously since then, and today the group is more than ready to take on another 10 exciting years

LeoVegas CFO Stefan Nelson then looked closer into the company’s KPIs and financials, beginning with its customer base. In Q4 2021, the number of new depositing customers declined by 5% year-on-year, and 8% quarter-on-quarter. The decrease, as noted by Nelson, was due to the shifting and shutting down of certain channels which had not been producing positive ROI.

In terms of financials for Q4 2021, LeoVegas reported net gaming revenue (NGR) from regulated markets and markets in which the company pays local gaming taxes of 74% of total NGR, an all-time high.

Nelson continued: “We have seen a bit of an increase in operational expenses, somewhat higher than normal, which is due to costs related to certain strategic projects. It’s worth mentioning that we have about €0.3m directly related to our upcoming US expansion.

“Our personnel costs increased a bit from the previous quarter, which relates partly to seasonality, but also to a bit of an increase in our headcount, which is also according to plan.”

A busy time indeed for LeoVegas, with the company preparing to reach new heights in its next decade of operations.