Ask the expert Q & A: How to stay on the right side of the lottery definition

Lotteries have long been one of the most popular forms of gambling, but historically the vast majority of proceeds have gone to the National Lottery. Given the huge sums invested by bidders in the ongoing tender for the Fourth National Lottery licence, it’s clear this is still where most of the action lies. 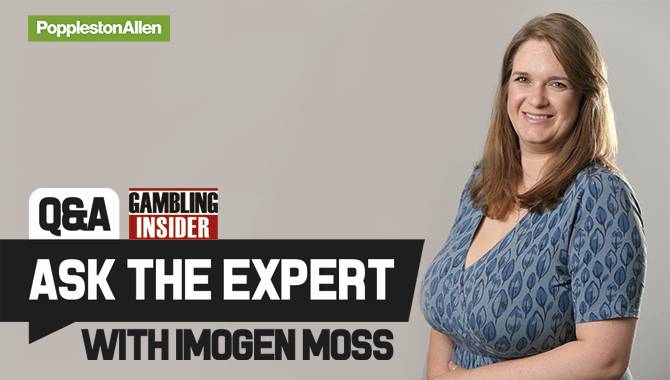 Lotteries have long been one of the most popular forms of gambling, but historically the vast majority of proceeds have gone to the National Lottery. Given the huge sums invested by bidders in the ongoing tender for the Fourth National Lottery licence, it’s clear this is still where most of the action lies.

But the rise in popularity of online gaming and gambling has led to many other operators looking to entice players with lottery-style games. The UK has recently seen a significant rise in websites offering players the chance to win luxury houses, as well as sites handing out smaller prizes, for example, cash sums and designer goods.

But there are strict rules on such offerings and operators falling foul of these risk intervention from the Gambling Commission, financial penalties and possibly even prosecution.

Gaming industry and regulatory expert Imogen Moss, a solicitor at Poppleston Allen, explains how operators can stay on the right side of the law.

The Gambling Commission recently played a role in shutting down illegal lotteries operating on Facebook. What are the main factors that would cause something like this to be deemed an illegal lottery?

The starting point is that lotteries can’t be run for private gain or commercial gain. Most can only be run for good causes, so things like charities, sports clubs or other not-for-profit causes.

There are lotteries being promoted on social media that are not being operated legally and these can pose a risk to consumers, because they won’t benefit from gambling and consumer protection rules and, of course, they are not licensed by the Gambling Commission.

Generally speaking, you need a license to operate an online lottery and that includes lotteries on social media, selling sites and live streaming platforms. The only lotteries that can be advertised online are those that are run under a licence or registered with a local authority.

But some of these are being called raffles or sweepstakes rather than lotteries. Does that make a difference?

It is the processes of how something is being operated that would lead to it falling under the definition of a lottery. Raffles, sweepstakes and certain competitions can be considered lotteries depending on how they are structured.

Anything where a consumer picks a number or takes a piece of paper/receives an online entry that could give them a prize awarded by chance is a form of lottery – what it’s called doesn’t really matter.

The Gambling Commission also said recently it had been receiving enquiries about ‘win a house’ or ‘win a cash prize’ competitions. But it said these appeared to be prize competitions or free draws and that there was a distinction between these and the lotteries it regulates. What do those operating in these categories need to bear in terms of making sure their activities are legal?

It is a complex area and I would always advise getting legal advice. Free draws and prize competitions can be run for commercial and private gain and can be used when raffling items, cars for example, but there are specific rules that you have to comply with.

There are two types of free draw. The first is where all the entries are free and the second is where there are both paid and free entry routes. To be considered a ‘free’ entry route there will either be no charge whatsoever or a minimal standard rate charge such as the cost of second class post to send your name and address or a non-premium rate call.

An online website running a raffle can have a paid entry, but there must also be a free entry route and it can’t be any more expensive or less convenient than the paid route. The free entry route also has to be as prominent and as heavily promoted on a website as the paid route, and the details cannot be hidden in the terms and conditions or FAQs.

A prize competition is where the outcome is determined by parties’ skill, judgement or knowledge. A good example of this is a crossword competition. A lot of people may correctly fill out the crossword, but there will be a significant number who are eliminated from the prize process by not having completed the crossword correctly.

What is considered sufficient skill or judgement can be rather subjective but any system where the majority of people obtain a correct answer and are entered into the draw would be insufficient. Players should not be informed whether they have passed the skill element before they pay to enter as such a process would be classed as a lottery.

Is there any risk that because these free draw and prize competition operators don’t need a licence they might not be operating with the same level of integrity as licensed operators?

While operators don’t need a licence to run a free draw or prize competition, there are still strict requirements they have to meet in order to not be classed as a lottery and then therefore require licensing under the Gambling Act 2005. They must also ensure that they follow guidance from the Advertising Standards Authority to ensure their terms and conditions are fair. They would also need to be compliant with any requirements under the Consumer Rights Act 2015 and Consumer Protection from Unfair Trading Regulations 2008.

Operators would have to keep records and be prepared to provide evidence of how they operated each draw as the Gambling Commission could take an interest in their activity. For example, it could ask for their records to prove that all the free entries and paid entries were put into the same pot and no weighting was applied depending on the method of entry.

You can see by the Facebook lottery clampdown that the Commission does monitor activity beyond its licensees and keeps an eye on things. People do also regularly report things to the Commission.

If they don’t need to be licensed, do they have any responsible gambling obligations?

They will have to be compliant with certain requirements under the Act to avoid the requirement for a licence. There is still a requirement to operate responsibly, but they would not be bound by the Licence Conditions and Codes of Practice as they would be if they were a licensed operator.