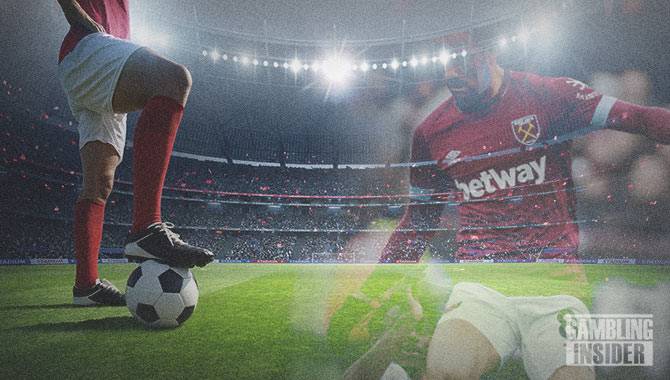 “Football without fans is nothing.” It’s a quote that followers of the beautiful game express increasingly in the modern era. But just how true is it these days?

One major issue that has come to light here, particularly in recent months, is the sport’s relationship with gambling, and specifically the relationship between clubs and betting firms.

The UK Government is planning big changes to the gambling industry. Its review of the Gambling Act 2005 has been in the works for quite some time, but looks set to be delayed once more amid current distractions in Westminster. Yet one area of the review that has perhaps generated more headlines than most is the potential banning of gambling advertising on football shirts.

Gambling advertising is now commonplace within English football. Last season, 10 of the 20 Premier League clubs had betting sponsors, with a similar number expected for the upcoming campaign. Many Championship clubs meanwhile have similar deals, while the Football League itself is currently sponsored by Sky Bet.

Not only are sponsorships visible on the front of shirts, but in recent years clubs have added sponsors to the sleeves, furthering the exposure that gambling companies receive in the most popular football league on the planet, the Premier League.

There have been many twists and turns regarding the future of such advertising in the sport. The latest development, according to The Times, involved the Premier League earlier this month contacting all 20 clubs to propose a solution that would see betting firms removed from shirts within the next three years. A voluntary ban would be put into effect at the beginning of the new campaign, but would allow existing deals to finish, providing they expire no later than the 2024/25 season.

For the proposal to be passed immediately, it would require support from at least 14 clubs. It may only, however, affect front-of-shirt deals, and not those on shirt sleeves.

One major stumbling block to any progress regarding the Premier League and a betting sponsorship ban is, of course, the finances involved. The Times noted that income could be cut by between £5m-£10m ($6m-$12m) per season.

Not only are sponsorships visible on the front of shirts, but in recent years clubs have added sponsorships to the sleeves, furthering the exposure that gambling companies receive in the most popular football league on the planet, the Premier League

The lower leagues of English football meanwhile would simply not be able to cope with the losses an outright ban would bring. This notion has been well documented by many within the sport, with EFL Chairman Rick Parry in March this year warning that a ban could lead to more than a £40m loss in revenue.

Parry even went one step further, claiming there is no evidence to suggest banning gambling sponsorship would reduce the prevalence of problem gambling.

That is perhaps a debate for another day, but problem gambling is becoming more significant as the days go on, and Parry may have raised an important point with his view on the matter. But The Big Step, a campaign calling for an end to gambling adverts and sponsorship in football, strongly disagrees; recently sending the Premier League an open letter that, among other issues, highlighted concerns over the number of gambling adverts shown in matches. It used an example of one particular match that displayed 700 adverts.

One thing that is clear, however, is football clubs rely heavily on revenue from such sponsorships and, given they are businesses at the end of the day, it’s understandable they would turn to such a lucrative market to stay in profit.

But clubs have now seemingly pushed their luck too far, with the Government finally stepping in to say enough is enough. The day all ties between football and gambling are cut will be a sore one to take for the latter, but there is of course the small matter of the former, which will undoubtedly feel the effects.

Given the huge numbers that watch the Premier League week in, week out, gambling companies undoubtedly benefit greatly from these sponsorship deals, and their marketing appeal will therefore take a hit if it all comes to an end.

Subsequently, clubs will be forced into finding new ways to make money, and could perhaps delve into other sports – or indeed other countries – in order to find alternative revenue streams.

A somewhat familiar story is being written in Italian football; however, the blanket ban on all gambling-related sponsorships and advertising partnerships only applies to Italian sports organisations domestically. This was introduced on 1 January 2019. On a very similar note, any deals signed prior to the date were allowed to reach their conclusions.

But one interesting aspect of Italy’s situation is that, just two-and-a-half years later, the Italian Football Federation (FIGC) pushed for the ban to be temporarily lifted to open up more revenue streams for its clubs. The pandemic has, of course, influenced this sentiment. But could the Football Association (FA) have a similar viewpoint in a couple of years?

The real losers in this situation are once again the gambling companies – given just how popular football is in both England and Italy, two of the biggest countries in the world when it comes to the sport.

Given the huge numbers that watch the Premier League week in, week out, gambling companies undoubtedly benefit greatly from these sponsorship deals, and their marketing appeal will therefore take a hit if it all comes to an end

One EFL case study certainly worth keeping an eye on in this regard is that of Bolton Wanderers, which last September cut all ties with betting companies. The League One club has instead opted to support organisations that provide help for those suffering from gambling addiction.

The decision from Bolton was welcomed with open arms by many fans of the club, but Premier League side Everton did not receive such praise when they signed a club-record main partner agreement with cryptocurrency betting operator Stake.com in June. It was met with much criticism, with a petition to end the agreement gathering over 20,000 signatures in under a month.

Fellow top-flight club Fulham has now become the latest ‘villain’ in the tale after signing a record sponsorship deal with betting firm W88, as a Front of Shirt and Main Team Partner for the upcoming season.

It comes not only despite Government scrutiny, but even scrutiny from the club’s own fans, with the latest Fulham Supporters’ Trust annual survey finding that 46% of respondents would be uncomfortable having a gambling firm as the club’s main sponsor.

Another Premier League club, Brentford, are also in the same situation, with a recent Brentford Independent Association of Supporters (BIAS) poll resulting in 69.5% of respondents saying the club should discontinue its relationship with gambling firms.

As mentioned, existing deals that expire no later than the 2024/25 campaign will stay intact, meaning there is still a possibility that one or two other clubs could follow the likes of Brentford, Everton and Fulham before the season gets underway.

After a brief summer pause, football’s most popular league is back next week, with millions of fans expected to tune in. The Government will also be watching closely, hoping that English football can slowly but surely ease out its strong relationship with the gambling industry.