Is Macau's difficult run over? 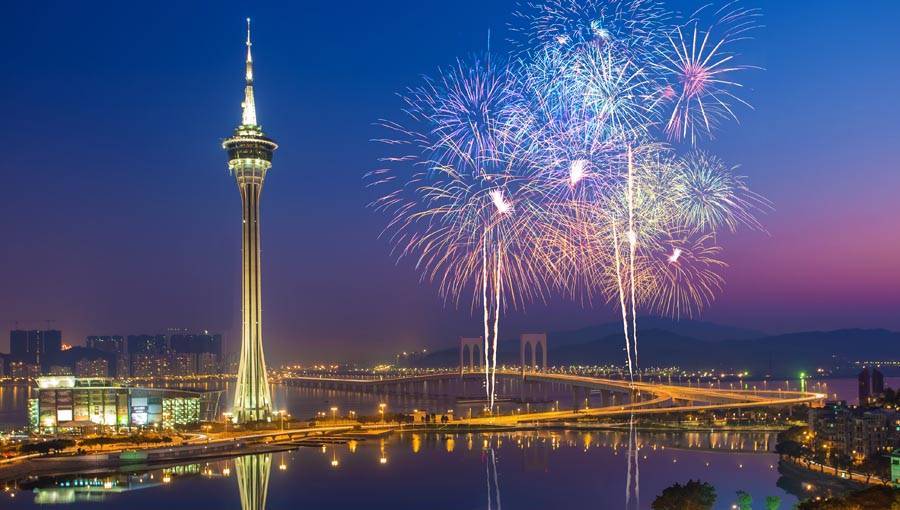 ﻿The regions fortunes have been picking up in recent months. Tom Lewis examines whether Macau’s financial troubles are truly behind it

In financial terms, Macau is far and away the globe’s capital city for land-based gambling, surpassing the iconic Las Vegas Strip in terms of total gambling revenue ten years ago, as the twin juggernauts of the Sands Macao and Wynn Macau made their mark on both the peninsula’s skyline and its financial landscape.

The region’s precipitous decline over the last two years is unlikely to be news to anyone thumbing through the pages of this latest issue of Gambling Insider. Monthly gross revenue from games of fortune, data collected by Macau’s Gaming Inspection and Coordination Bureau, fell for a total of 26 months from June 2014 to July 2016, an unprecedented fall stemming from the weakening of the Chinese economy and the well documented corruption crackdown meted out by Chinese President Xi Jinping.

This run of year-on-year declines came to an end in August, its monthly total of 18.84bn patacas representing a modest climb of 1.1% on the figure recorded for the same period in 2015. A bigger climb of 7.4% was recorded for September.

So is the worst over for Macau? The general air hanging over the region is one of tentative confidence, although there is no doubt that an uncertainty still abounds as to whether its slump is at an end.

“It is hard to tell at the moment”, comments Desmond Lam, Associate Professor of Marketing at the University of Macau. “But we are experiencing higher growth in mass market gaming versus VIP. Although I am optimistic, it is better to wait to see how the rest of the months of this year perform before making a call.”

Changbin Wang, Associate Professor at the Gaming and Teaching Research Centre of the Macao Polytechnic Institute, agrees, saying: “It seems to me that two months of growth is not enough to decide whether the slump in Macau is over. I think the performance of Macau’s gaming industry generally relies on the economy of mainland China as most of the gamblers and money comes from there.

“So far we have not seen any signs of the Chinese economy picking up. But the growth of the past two months might be helpful for the VIP operators to increase the confidence of lending more to the gamblers, which is good for gaming revenue.”

Lam also offered a caveat, commenting that: “As it is, I foresee we will do well in October given the golden week.”

The golden week, which ran this year from the week beginning October 3, is one of two week long national holidays in China when most factories, warehouse and office workers are granted concurrent time off so that those workplaces can shut down entirely.

The same period drove considerable gaming volume in 2015, with Credit Suisse saying that inquiries with a number of junket operators indicated a climb in VIP betting volume of between 60% and 110% from the daily average volume for September. The Macau Government Tourism Office confirmed that the number of arrivals from the Chinese mainland, Hong Kong and Taiwan during golden week in 2016 rose by 19% to 770,000, adding weight to Lam’s assessment that October should represent another month of moderate growth.

Speaking here to Bloomberg, Managing Director at Union Gaming Group, Grant Govertsen, agreed that October’s golden week should spur Macau’s gaming revenue, effectively shoring up another month of year-on-year growth: “Based on our on-the-ground observations, golden week may very well have exceeded expectations from a gaming revenue perspective. It feels that the growth rate seen in September has carried through to golden week, if not even better.”

The recent launches of the $4.1bn Wynn Palace and the $2.7bn Parisian Macau, in August and September respectively, should also aid in sustaining Macau’s recent return to form.

Desmond Lam expands on the recent openings: “More media buzz given the opening (or news of the opening) of two very different properties, I think, has helped draw in more crowd for mass gaming versus previous months. There is a novelty effect. Besides, I believe some elements of the slowdown in the past 26 months are due to players' over-reaction or psychological impact. The new buzz and opening re-energised the market and its existing players, and brought in curious new players into the marketplace.”

The two are far from uniform in their approaches to driving traffic through their doors, however, with Grant Govertsen describing these approaches as “very different”.

He continues: “The Sands Parisian has focused on the mass market customer, particularly the base mass customer. This is the healthiest segment of the market currently. Wynn Palace is focused almost exclusively on premium mass and VIP customers.”

Desmond Lam also weighs in on the importance of these resorts to Macau’s continued vitality: “I believe they are very important in the current moment. They add an exciting new element to the market. The Parisian, in particular, is an important add on to the Cotai strip, and I believe it has revitalised its neighbour Macao Studio City.”

There is a risk Macau’s tentative return to growth could be undermined, however, by the three-day visit of Chinese Premier Li Keqiang to the special administrative region in early October. Grant Govertsen tells Gambling Insider: “In all likelihood, the losing streak is over. However, China’s Premier Li Keqiang is visiting Macau from 10-12 October, GGR likely to be exceptionally weak during the days surrounding and during this period. This could have the effect of offsetting what appears to have been a very good October golden week holiday. So, it is possible that October will retreat to a more modest growth rate relative to September due to the one-off political visit.”

Govertsen’s concerns here are not without foundation. Xi Jinping’s trip to Macau in December 2014 is the last time a top Chinese leader visited the peninsula, delivering a call for the region to diversify while reaffirming his anti-corruption drive, that has scared away many of the VIP gamblers on whom Macau’s prosperity had been based.

Keqiang was, however, less combative in his approach, hailing Macau as a “treasured lotus land, a beautiful and special place”, while stating that there would be new “measures and policies” favourable to Macau as it diversifies away from VIP gambling.

A shift in direction towards the mass market appears inexorable, with the Batman Dark Flight ride and figure of eight ferris wheel at Studio City in Macau, which threw open its doors in 2015, signalling the major resort’s desire to attract a consumer removed from the VIP baccarat players that supported Macau’s initial rise to global prominence in the mid-noughties.

“We’ve seen modest VIP growth in September and during golden week”, explains Grant Govertsen. “Whether or not this will continue is up for debate. We think VIP will remain weak and are forecasting a modest decline in 2017. Ultimately mass market – across all of its flavours – is the future of Macau’s concessionaries.”

Govertsen also commented: “It is important to keep in mind that the mass market has already been growing for many months. It’s just that VIP has been decidedly negative and it has dragged down total GGR into negative territory. “

Many of those VIPs, sensing which way the wind was blowing under Xi Jinping, are unlikely to be tempted into returning, with a number having turned to high-stakes tables in neighbouring countries. Analysts at Morgan Stanley have forecasted a growth in VIP revenue in the Philippines of nearly 20%, while the Philippine Star has claimed that President Rodrigo Duterte is readying himself to offer visa-free travel to Chinese tourists in a bid “to repair strained relations with Beijing”.

However, VIP gaming has formed the backbone of Macau’s economy for more than a decade, and VIP baccarat remains the region’s most lucrative individual game in terms of gross revenue, returning 28.6bn patacas for Q3 2016. In short, while Macau’s casinos will increasingly look to the mass market as they seek to shore up the last two months of moderate growth, VIP gaming, though it is set to shrink, is far from likely to be unceremoniously abandoned.

As Demond Lam explains: “Macau will continue its focus on mass market as it fits the government's call for greater economic diversity and to develop Macau into a world centre of tourism and leisure.

“However, I believe VIP will always be a part of the growth model; it will be scrutinised and better managed as we move forward. It is hard to tell if the VIP numbers will return in the future (but certainly not in the near term) and it is unlikely it will reach the kind of level that we have seen before. For now, Macau clearly prefers an enlarged mass gaming market”.