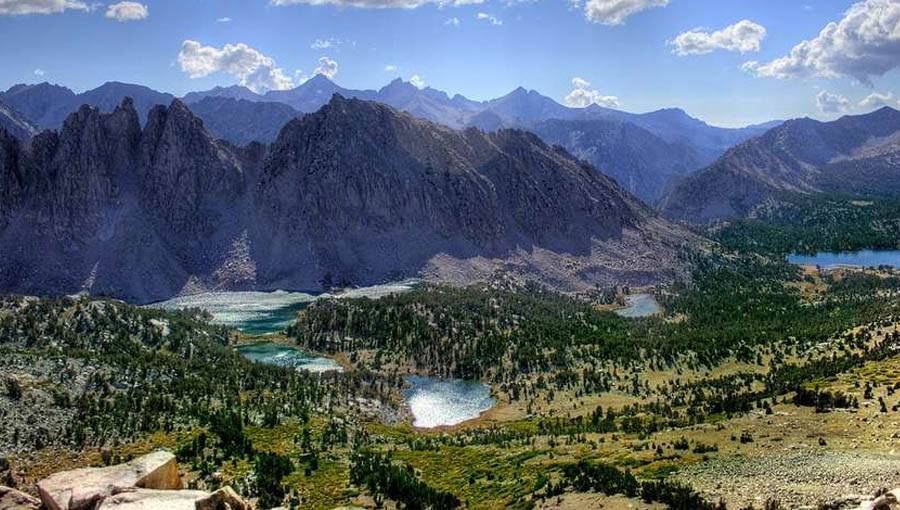 Struggles and triumph on the long road back

Raymond Hitchcock, Chairman of the Wilton Rancheria tribe of California talks to Gambling Insider about the tribe’s journey back from the brink of extinction to a new and more prosperous future with the development of a $500m casino

By Gambling Insider
Our people, the Miwok, have lived in California for millennia. Our ancestors hunted and fished and lived off the land in what is now called the Sacramento Valley. Their home was a vast swathe of territory running from the American River drainage to the north, to the western slopes of the Sierra Nevada mountain range, south to the entrance to Yosemite Valley and west to the delta of San Francisco Bay.

Many Californian Indians thrived, including the Miwok, numbering nearly 200,000, until the California Gold Rush of 1849. Then followed the 17 broken treaties of 1851 that were never ratified by Congress, and ultimately decades-long genocide. By the 1870s, there were only about 20,000 California natives remaining.

The next 150 years have been marked by struggle and loss: Treaties made and broken, land confiscated and stolen, children taken from their families and forced to live as servants by whoever claimed them, children forced into boarding schools to assimilate into new society with the sole purpose of extinguishing native population, language and culture. But with the struggle, also came achievement and eventually recognition, which has put Wilton Rancheria on the path toward self-sufficiency.

My great, great grandfather was a medicine man and healer, born sometime between 1839-1845 (Native American history then was oral; there are no written records), and lived and worked on one of the largest Spanish land grant holdings in California - as much as 50,000 acres in the Sacramento Valley. He was taken in by the ranch’s owners and dedicated himself to helping the Indian community and preserving its traditions.

In 1851, the US Government negotiated a total of 17 treaties in less than one year with representatives of California’s indigenous population. Our Miwok ancestors were promised a large area, 25 miles in length, as part of Treaty J, for their sole use and occupancy forever. That never happened, as the treaties were never ratified by Congress.

It wasn’t until more than 75 years later, in 1927, that the US Government acquired land in trust - 38.77 acres - for the Miwok people living in Sacramento County. The parcel formally established the Wilton Rancheria, 21 miles south of the City of Sacramento. But then in 1958, Congress enacted the California Rancheria Act, authorising the termination of federal trust responsibilities to 41 California Indian tribes including Wilton Rancheria. In 1983, the landmark Tillie Hardwick case restored the status of 17 California tribes, but Wilton Rancheria was mistakenly left off of the list.

From this point forward, surviving members of Wilton Rancheria, including my mother and others who are now tribal elders, dedicated themselves to waging a campaign to restore Wilton Rancheria’s federal recognition.

Finally, in June of 2009, a federal judge restored the tribe’s federally recognised status. We are the 108th tribe in California to be recognised, out of 109 tribes in the state. The tribe ratified its constitution in 2011; its first officers were elected in 2012. Our offices now are five miles away from the historic Rancheria in the City of Elk Grove. But federal recognition did not change the fact that Wilton Rancheria remained a landless tribe.

Achieving recognition did not magically solve the lasting and tragic impact of the termination of our tribal status. Among our members, the unemployment rate is 62%, nearly 10-times the national average. Median annual income for a family of four is $20,000, well below the US poverty line. Thirty-eight per cent of tribal members lack health insurance. Only 14% of our 758 tribal members graduated from college, less than half the national graduation rate from four-year institutions.

With a constitution and tribal government, we began to explore options for economic development and the goal of self-sufficiency. Through the environmental review process, we identified various alternative projects in three locations: the City of Galt south of Elk Grove, the Historic Rancheria, and in the City of Elk Grove at the site of an abandoned, half-built regional mall, a victim of the worldwide financial crash of 2008.

The Rancheria was ruled out because its pristine location along the Cosumnes River would create many environmental issues and disrupt local residents’ bucolic lifestyle. Galt, while initially attractive, had high environmental mitigation costs and required expensive infrastructure investment. The Elk Grove site, on the other hand, was readily accessible with built-out infrastructure and wide streets free of traffic with no residential development in the immediate area.

Over the last four years, we have been focused on building support within the local community. The project, spread accross 35.9 acres includes a 302-room luxury hotel, the second-largest convention centre in Sacramento County, concert venue, fine dining, and many more amenities. It will create thousands of jobs and new opportunities for local businesses - from printers to commercial laundry services to farm-to-fork food and beverage suppliers. The resort and casino also will provide a catalyst for development of Howard Hughes Corp’s Outlet Collection mall, which will occupy the remaining 63 acres of the total land parcel.

Our new casino will account for less than 3% of that footprint. In Boyd Gaming, we have an amazing partner in the family-owned tradition, with over 40 years of experience, 24 properties in seven states, and a well-earned reputation for giving back to the community.

The Sacramento County Board of Supervisors and the Elk Grove City Council have both unanimously approved separate Memorandums of Understanding with Wilton Rancheria, in which we will invest more than $180 million in our community in just the first 20 years of the project to support law enforcement, schools, road improvements, tax losses, social services, and other community benefits. This project will mean job opportunities, college scholarships for our young people, housing for our families, healthcare for our elders, and economic stability for our tribe.

In January 2017, the US Department of the Interior issued a record of decision to place our parcel into federal trust for gaming. Less than one month later we purchased the 36-acre, north-end portion of the mall site from Howard Hughes Corp. On February 10, the federal government placed these acres into federal trust, marking one of several key milestones along our path toward the project, jobs, and tribal self-sufficiency.

The next milestone was the compact with the State of California and on July 19 2017 Gov. Jerry Brown signed the agreement with Wilton Rancheria, approving Class III gaming with 2,500 slot machines. The compact includes strong regulatory oversight, labour, licensing, public health and safety, environmental protection, and community investment provisions found within other recent compacts. In August, both the California State Senate and State Assembly unanimously ratified the compact with Governor Brown signing AB 1606, Wilton Rancheria’s tribal compact, into law on 3 October.

With these milestones achieved, we can now turn our focus to resort project planning and development. Under a ‘best case’ scenario, we would hope to break ground as early as this summer and complete construction in 18 to 24 months.

We still have a long way to go before we open our doors to a first-class destination resort and casino. But the path forward is clearer than ever. Yes, we face some opposition as projects always do, not from the community, which has overwhelmingly endorsed the project, but from certain card rooms with deep pockets that have decided competition is bad for their business.

The reality in our litigious society is that you can’t stop someone from filing a lawsuit, however frivolous or desperate it may be. However, the reality also is that our opponents have been on the losing side at every turn in the courts, including most recently in federal court in Washington, D.C., and before  with the US Department of the Interior.

At Wilton Rancheria, we are moving ahead with growing confidence and ever-stronger commitment to a project that is vital to the future of Elk Grove, the Sacramento region and our tribe.