Jim Allen on the creation of the Hard Rock dynasty 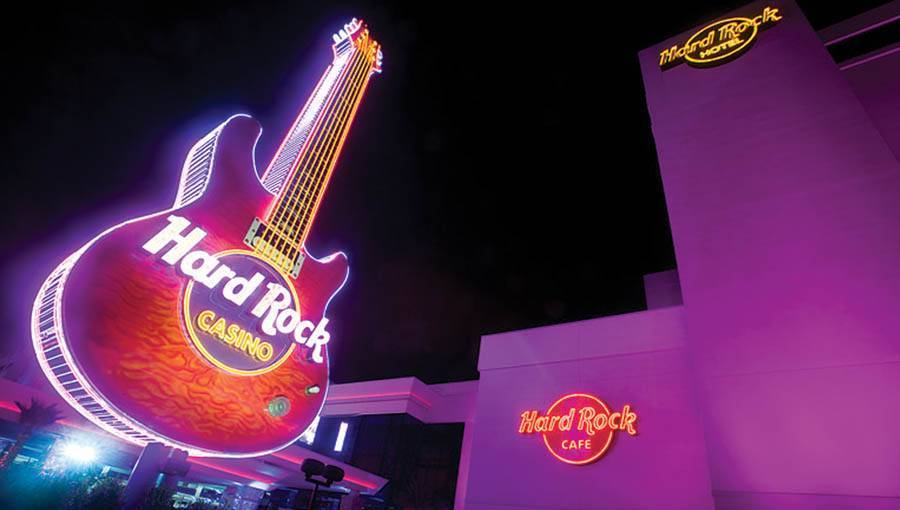 ﻿The Hard Rock powerhouse has showed no signs of slowing; CEO Jim Allen shares his experiences of presiding over an unprecedented era of expansion and innovation

You’ve been in the casino industry since 1979, so how has the landscape changed in the time you have been working? And do you prefer the situation now or as it was?

The industry has changed tremendously. If you start with the business itself, it used to be 70-75% table games and 25% slots, but now it’s the opposite. I think that the expansion of gaming throughout the United States has taken a lot of the excitement out of the business. When I first started in this industry, walking into a casino or gaming facility and having the ability to win a jackpot was such an exciting opportunity because there was only Las Vegas and Atlantic City. Then, when you added the entertainment component, whether that be the Frank Sinatras of the world or a heavyweight championship fight, even more amazing electricity occurred. Though these things all still exist in the business today, there is not an initial emotion when someone walks into a casino because there are so many of them. There is a form of gaming in more than 45 states now.

Now, as far as which do I prefer? I think it’s a real challenge because when I was first starting out, I wasn’t CEO of a company, so my responsibility and role in the organisation was much different compared to what it is today. I believe that the industry today is very matter-of-fact and business-like, more corporate America versus the heydays of Las Vegas and Atlantic City.

You made your first impact on the gaming industry through effective data management when working as a chef at Bally’s Park Place. Is data management an important golden thread that runs through your approach to managing the business?

Though I feel like I was extremely fortunate, I can say that it wasn’t just myself – it was a combined group effort. It was the first automated procurement, inventory, recipe, ingredients, point of sales and food cost system in the world. At one point, it was in more than 80% of the casinos in the United States and it became the industry standard. I think that experience was certainly beneficial to my career, because it created awareness that you can do things much more efficiently and intelligently by utilising technology. It was also very competitive because our leaders realised that it could be a game-changing tool in evaluating food costs, menu selection and menu pricing.

Although you are a champion of indigenous people, do you ever experience any challenges being the CEO of Seminole Gaming without being a native yourself?

At times, I do think it can be challenging not being a member of the Tribe. I understand, though, that there always needs to be a higher level of dedication in my efforts to make sure that honesty and integrity are in the business, so that the Tribe does not feel as though they are being potentially misguided or taken advantage of. I definitely recognise and look forward to the challenge of proving my value as an honest person with integrity to ensure their safety and future. I have greatly enjoyed working with the Tribe thus far, and look forward to continuing to work with them and serving as the CEO of Seminole Gaming.

Before Donald Trump became president, he waged a no-hold-barred campaign to prevent Native American tribes from opening gambling operations in the US. What do you think the US gaming landscape would look like had this motion gone through?

I actually worked for Mr. Trump when this was going on. Today in the United States, approximately 50% of the gaming revenue comes from Native American casinos. The market would be tremendously different if it wasn’t for the Seminole Tribe of Florida fighting the battle all the way to the Supreme Court of the United States, protecting their rights and their sovereignty as a way to enhance the lifestyles of the members of the tribe.

When President Reagan signed the Indian Gaming Regulatory Act, he stated that this piece of legislation would try to address some of the tremendous injustice that was done to tribes in previous generations. It’s amazing how that has helped, not just tribes, but hundreds and thousands of employees that are now working directly or indirectly in Native American casinos.

The growth in Native American gaming is a true testimony to all 800+ tribes in the United States.

You’ve got a lot on the table at the moment, with a number of huge ongoing projects all over the world. One of the most exciting, in our opinion, is the new $1.5bn expansion project at the Seminole Hard Rock Hotel & Casino in Hollywood, Fl. In this day and age, how important is it to create a project that exceeds client needs and expectations? I believe that in order to create a project that exceeds client needs and expectations, it takes a combination of both expectations and return on investment to achieve this. A company can go out and hire the greatest architects and designers in the world and spend billions upon billions of dollars on doing so; however, this doesn’t necessarily mean there is a return on investment for the shareholders, bondholders, or investors.

The project at Seminole Hard Rock Hotel & Casino Hollywood is so important because it will truly have a “wow” factor for guests, ranging from the massive 460-foot guitar tower that will be home to more than 600 hotel rooms, bringing the total room count in the complex to 1,400. There are some attributes of the design itself that you can’t find anywhere else in the world, and at the same time, because of our location here in Florida and maximising the upside potential with our compact with the state of Florida, we believe there will be a tremendous return on investment with this project.

You recently announced plans to spend nearly $500m remodelling the shuttered Trump Taj Mahal. Do you think Hard Rock is up to the task to reinvent a once iconic building?

I have publicly stated for years that there are only two properties in Atlantic City that we felt could be renovated and turned into a world-class destination, one of those properties being the highly-anticipated Hard Rock Hotel & Casino Atlantic City (the former Taj Mahal). The bones and the structure of the former Taj Mahal rivals any casino building in the United States, and it is just a tremendous physical structure. We knew coming into this investment that the interior and a lot of the thematic aspects and elements of the building needed to be completely renovated and transformed; however, knowing the building formerly cost $1.2bn, yet we purchased it for $50m, meant to us that as a brand, this was a tremendous opportunity that we couldn’t pass up.

Equally important is the support that we have received from local, county and state governments on both sides of the spectrum, Democrats and Republicans. New Jersey, at one time, had a reputation for being a very difficult place to do business, yet I will tell you, it is by far one of the most pleasing, open and welcoming environments of any place we are building, developing or operating today.

We’ve wasted no time diving into the renovation, and we are confident the complete transformation will be a major success.

Tribal gaming operations increasingly rely on non-gaming amenities for their revenue. Is Hard Rock investing in this area to remain competitive?

To begin with, you first have to look at each market on an individual basis. If you look at Las Vegas, then yes, you definitely want more than 50% of non-gaming amenities, because it is truly a vacation and convention destination where people are staying a minimum of three to four nights. There are tremendous hotel, food and beverage revenues there, but that is clearly not the case in other markets such as Florida, Connecticut, Maryland, Michigan or Mississippi; it is at least a 60 to 70% gaming component in these markets. Yes, it is true that 50% or greater of the revenue in the major Las Vegas casinos comes from non-gaming, that’s actually accurate, but you need to look at the profitability percentage of the overall EBITDA for the complex, and I think that tells us a much different story. The reality is that the margins in food and beverage range anywhere from 10 to 20%.

In the time that you have been chairman, you have achieved an incredible amount. What are some of the biggest milestones during this journey that have shaped you as a person today?

Some of the milestones that have helped shape me, I believe, are that we’ve been very aggressive with expanding the Hard Rock brand on a global basis. Most importantly, we presently have 32 hotel deals signed that are opening sometime within the next year or two. We have another eight or nine casino deals and we also have between ten to 20 cafes per year. So the growth of the business tells us that the brand is more relevant today than it has ever been. The Hard Rock brand is the only brand in the world that speaks the universal language of music. We’ve been able to demonstrate across the globe that people love and appreciate music, and the history that is associated with Hard Rock through the brand’s expansion, which creates an even greater excitement as we continue to expand and move forward as a brand.

If you had to leave one legacy at Hard Rock what would it be?

If I could leave one legacy at Hard Rock, I think it would be to stress the importance in continuing assurance that the brand represents music of all cultures and age groups.

We tremendously appreciate our legacy with The Beatles, The Rolling Stones and Elvis, but it is equally as important for us to have a relationship with Lady Gaga, Pitbull, Taylor Swift and all of the different and amazing artists from all over the world. Also, using our musical relationships to give back through the brand’s philanthropic efforts is a part of the legacy I’d like to leave behind.

If you had one piece of advice for an aspiring CEO in the gaming world, what would it be?

Be careful what you wish for. I think that there is a perception that being a CEO in this industry entails a life of glory, celebrities, movie stars and high-end dinners, but this is so far from the truth. The reality is that as a CEO, you give up virtually your entire personal life, as you’re constantly on the go. There is never a moment where you can completely get away, and unfortunately, we are only as good as our last guest or our last deal. When everyone else is off and on holiday, that’s when this industry is at its busiest. On the flipside, however, this is the deal we signed up for, and I think that if you want to be responsible for all of it, you have to be very cognisant that a balance in your life is sometimes going to be difficult to maintain.