It wouldn’t be a focus magazine on the Blockchain Island without an article on blockchain. Nick Hill delivers... 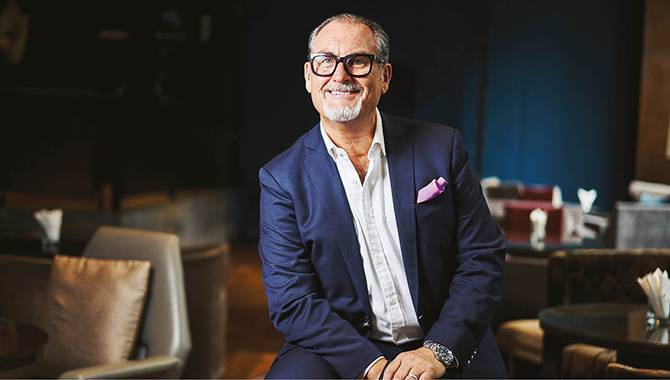 Responsible gaming is an ever-bigger concern for gambling operators. Aside from the social and moral responsibilities operators have to their customers, regulators in Malta (and indeed elsewhere) are taking an increasingly tight line on compliance, ensuring operators discharge their legal obligations to the fullest. At the same time, regulation is continuing to become more restrictive for operators, with fines in place for those that transgress the boundaries set by the Malta Gaming Authority (MGA) and other equivalent regulators.

As part of the compliance package, operators are expected to run KYC/AML checks as standard on every player. However, these burdens are becoming greater, with regulators consistently upping the ante on what is expected from operators to stay on the right side of the law.

This has the effect of creating a higher compliance cost for operators to discharge, which some in the industry have suggested is becoming a significant pain point. The MGA has not been afraid to show its teeth in going after those who fall short on their compliance requirements, or more importantly, on being able to prove their discharge of duties. And with this indicative of a wider trend towards more robust regulation, the iGaming industry in Malta and as a whole is crying out for new technologies that help tackle these problems.

Then there’s the reality of information that is incomplete or inaccurate – a compliance fine waiting to happen. NChain’s Director of Marketing and Director of Product& Solution Strategy, Dominic Duffy, characterised the problem as one of trust in the integrity of data, on which a mass of other decisions are made. “The truth is, we simply can’t trust the data we rely upon. It’s not conjecture,” Duffy said at the recently held CoinGeek Conference in New York.

According to nChain research, over 50% of firms surveyed believed their audit trails to be compromised. And for iGaming operators, that can result in significant liability. Blockchain provides the first most credible solution to these issues, by allowing player and game data to be recorded instantly and immutably to the blockchain.

Data can be written to the chain in real time as it is generated, and shared seamlessly with regulators on a permissioned basis. So rather than keeping compliance records to be made available on inspection, blockchain technology allows operators to record this data at the point of origin; which in turn means they can demonstrate effectively how their compliance obligations have been met.

Data recorded to the blockchain is also time stamped, creating a perfect audit trail for irrefutable proof. The net effect should be a world in which regulators have less scope for fining operators, and where operators can make sure they are fully and automatically recording the data they need to satisfy AML and KYC regulations.

NChain’s Andy Mee described how the process of better data recording starts with BSV Blockchain. In his presentation to the CoinGeek Conference in New York, Mee said BSV Blockchain alone was enough to serve as a point of reference for checking consistency. “It starts with BSV Blockchain. This is a global commodity public secure immutable ledger. That alone means we can use BSV blockchain as a point of reference when we’re checking consistency. But actually using BSV blockchain, there is some involvement here, some factors you need to take into consideration. How do you create a transaction, how do you fund it, where do you get those funds from?”

However, with BSV blockchain as it currently stands, pulling this functionality together for gaming operators requires a considered approach. The iGaming landscape is international and cross border, with fragmented regulation and data. A tool that unites all of these disparate data sets into one workable environment therefore stands a chance of revolutionising the sector, and providing a whole new platform for effectively managing the compliance burden.

For some operators, this could well be the difference between substantial fines, often running into the millions of dollars, or an easily demonstrated audit trail that proves the innocence beyond doubt. Yet here is where blockchain products can negate the need for more complex data storage and recording solutions; instead allowing all data to be written to the chain directly, where it can be accessed by regulators as required. It also allows data to be fed into smart contracts and other automated functions via the blockchain, which can deliver efficiency as well as process gains through a number of other business functions.

By getting the Malta Gaming Authority and others on board, with access to the blockchain data directly, several steps in the process can be eliminated, making for a more streamlined relationship between regulator and operator. Using the tools on nChain’s Kensei, Crucial Compliance and Bitcoin SV, the iGaming industry looks set to become more integrated, with greater data integrity and improved compliance procedures. For regulators, this means a more compliant industry. For the operators at the heart of it, this could translate into significant savings in fines, penalties and other costs of compliance.

Regulation Based on Cooperation

The Other Side of the Coin, with Relax Gaming