Ranjana Adhikari, Partner at IndusLaw, and Shashi Shekhar Misra, Associate at IndusLaw, discuss the Good, the Bad & the Ugly for Gaming in India – halfway through 2022 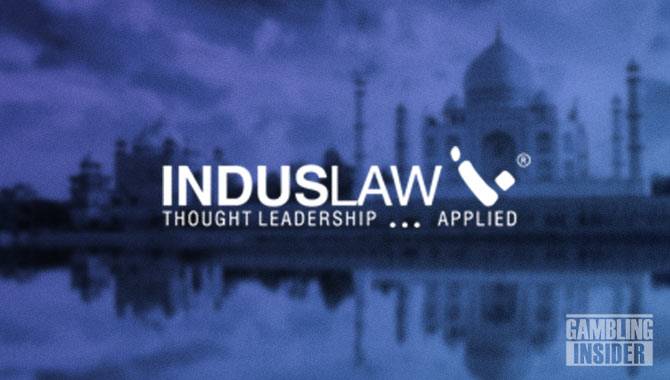 It is not often that antonyms together best describe a situation. But the year so far for online gaming in India is one such situation. In this article, we take you on a rollercoaster ride, summing up the significant regulatory updates that have impacted the online gaming industry in India so far in 2022. To better anticipate what may come next, read on for everything that mattered and will (most likely) matter for the remaining part of this year.

Karnataka High Court quashes real-money gaming ban, State decides to appeal to the Supreme Court: In what was perhaps the most anticipated and significant decision for the online skill gaming industry, on 14 February 2022, the Karnataka HC quashed a majority of the provisions of the Karnataka Police (Amendment) Act, 2021. This thereby lifted the blanket ban that had been imposed in the state in October 2021 on all games (including online skill games) played for stakes. The HC found the ban to be lacking in legislative competence, in contravention of the fundamental right to do business in skill games and also held that playing skill games online and/or with stakes did not amount to gambling. In a novel observation, the HC held that playing skill games is a part of an individual’s right to expression and personal liberty; and cannot be curtailed except through constitutionally recognised reasonable restrictions. However, a month later, the State of Karnataka announced that it was moving the Supreme Court of India in appeal against the HC’s judgement. The State has claimed that the HC did not consider the evidence adduced by it and erred in holding that the State did not have legislative competence. Though the Supreme Court is yet to hear the appeal, it may do so in the next few months and may even club it with the State of Tamil Nadu’s appeal against a similar judgement of the Madras High Court. All eyes are now on India’s highest constitutional court!

Central Government bans another tranche of mobile apps, including Garena’s Free Fire: In February 2022, without an official notification, the Central Government issued blocking orders against 54 mobile apps, including Garena’s popular Free Fire mobile game. It is widely believed that the ban was imposed owing to these apps having ‘Chinese links’ – in view of India’s ongoing geo-political tensions with China. In response to a question raised about the ban in the Indian Parliament, the Central Government replied that the apps were blocked under relevant information technology law provisions in the interest of sovereignty and integrity of India, defence of India and security of the State. As per the Government, these apps were collecting various user data and transmitting it in an unauthorised manner to servers abroad (specifically China) for profiling. The blocking orders and their grounds are instructive for gaming companies operating in India, and the precautions they should take with regards to data localisation and the location of their gameplay servers.

Central Government gives impetus to ‘Create in India’: Recognising the growing demand for engaging content in the country, the Central Government recently announced a slew of measures to build capacity for serving the domestic and foreign market. In April 2022, an Animation Video Gaming Comics (“AVGC”) Promotion Task Force consisting of government and industry stakeholders was set up and has been asked to, inter alia, draft a national AVGC policy and suggest incentives to attract foreign investment in the AVGC sector. The Task Force will submit its report in July 2022. In similar news, the Central Government is also planning to launch a Digital Gaming Research Initiative to develop the gaming ecosystem in India for promoting India-centric games. The Initiative is likely to focus on both learning and leisure gaming.

For reasons of their own, multiple states  look to enact laws for online gaming: In August 2021, the Madras High Court had quashed the state of Tamil Nadu’s ban on real-money gaming as unconstitutional. Since then, there has been a growing demand from several political leaders in the State Legislature to enact a new law on online gaming. In Jan 2022, the Chief Minister is reported to have assured the State Legislature  that he will ‘bring an end to online gaming’. It will be interesting to see whether the mounting political pressure leads to a new   law or the Government decides to wait for   the Supreme Court’s decision on its appeal. In the State of Madhya Pradesh, on the other hand, the Government responded to social pressure for a law to curb online gaming addiction following the suicide of a minor in  January 2022. The State Home Minister has     said that a draft law to regulate online gaming is ready and would soon be finalised. India’s western State of Maharashtra is reportedly (thankfully) approaching the regulation of online gaming from the perspective of revenue for the State. In March 2022 it was reported that the State is planning to amend multiple existing laws to regularise online gaming but with a high taxation rate. Currently, the State Government is seeking the views of senior police office officers in the State on this proposal.

Regional High Courts ask State Governments to decide legality of poker and fantasy sports: Amid the regulatory uncertainty, petitions in some regional High Courts have led to the courts asking the respective State Governments to take a stand on the legality of certain games. In January 2022, in response to a public interest litigation filed by a social activist, the Bombay High Court asked the State Government to clarify its stance on whether online poker is a game of skill or gambling under the state’s gambling law. The petitioner contended that the outcome of each round of poker is purely dependent on luck with no element of skill. Similarly, the Delhi High Court has asked the State Government to decide whether fantasy sports is a game of skill or gambling under the state’s gambling law. The petitioner in this case is a fantasy sports operator (GameKing11), which alleged that the police authorities were threatening to book it for gambling offences despite fantasy sports being a game of skill. While Maharashtra is yet to file its response, the Delhi HC petition has been disposed of, with instructions to the State Government to decide the legality of the petitioner’s fantasy sports operations. The stand that the governments take will be important because only specific formats of these two games have been held to be games of skill by other courts (not all fantasy sports formats automatically qualify as games of skill; currently the Dream11 online fantasy sports format has been judicially upheld as a game of skill, but for other formats it may depend on their facts and circumstances), and because both these states have physical-only, pre-internet gambling statutes; and the games in question are being offered online.

Empowered Group of Ministers propose highest GST slab for all kinds of online gaming: To add to the woes of the skill gaming industry in India, an empowered Group of Ministers (“GoM”) which was constituted in 2021 to review and advise the Goods and Service Tax Council, in respect of the tax rate & valuation basis of GST for the online gaming sector, casinos and horse racing, etc., has reportedly unanimously agreed to increase the GST tax rate to the highest slab of 28% for all kinds of online games (irrespective of skill or chance) and to levy it on the ‘bet value’. Industry associations and other stakeholders had petitioned the Government to retain the 18% rate for online skill gaming. However, it appears that not only has the GoM ignored the judicially recognised distinction between 'games of skill' and 'games of chance' but has also chosen to be influenced by the negative narrative surrounding online gaming in India, thereby equating it with the wrong parameter viz. gambling instead of legitimate counterparts such as OTT. It would be unfortunate for the industry if the GST Council were to eventually accept these recommendations. All eyes are now on the GST Council!

State of Rajasthan circulates a draft law on esports and fantasy sports for public comments: In May 2022, the skill gaming industry received a surprise from the State of Rajasthan in the form of a draft bill for the recognition and licensing of esports, and online fantasy sports, in the state. This is the first contemporary gaming law that any major state in India has proposed which doesn’t impose a blanket ban. The draft bill seeks to introduce a licensing regime for esports, online fantasy sports and other approved derivative formats of online fantasy sports (collectively referred to as “Virtual Online Sports”) that are offered online to users in the State for stakes. The draft bill proposes a mechanism of a recognised Self-Regulatory Authority for certain purposes, including certification of games and a Virtual Online Sports Commission for exercising State Government oversight. Though the draft bill is certainly a progressive step, it does raise some questions on whether it is practical and feasible to have state-by-state laws for an online-based industry. The industry would definitely benefit if the Central Government were to step in and enact an overarching law for online gaming, and avoid state-wise compliances and obligations. Also, for any regulation on online gaming to be a balanced one, it should cover the skill gaming industry as a whole rather than only a few sectors.

Central Government reportedly sets up an inter-ministerial committee to explore avenues for regulation of online gaming: At the time of writing this article, it has been reported that the Central Government has set up a seven-member panel to work on evolving regulations for the online gaming industry, and to identify a central ministry to oversee it. The committee will submit its report in three months.