Veteran iGaming marketeer Alex Czajkowski takes a look at things from the opposite side of the fence, in a bid to encourage sustainability among casino brands 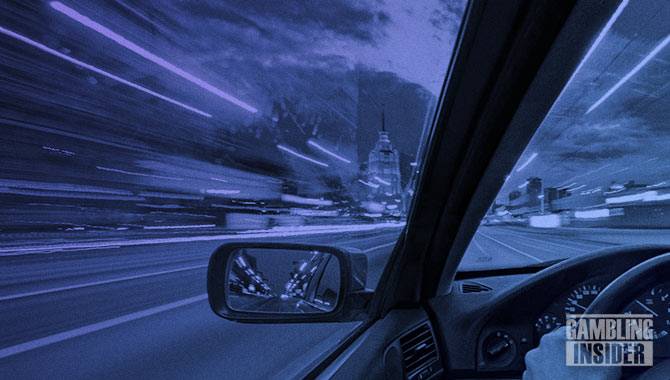 If casinos are amusement parks for adults (a fair analogy), video slots are the rollercoasters.

Blackjack, my “favourite” game, is a grind. No 500x return on bets there — we get excited when we can double down. But you do use your brain if you play properly.

Baccarat is fundamentally “war” you played as kids with slightly revised rules (and the number one table game in Asia by far). Europe’s favourite, roulette, has been re-energised with Evolution’s Lightning Roulette. If you play roulette, this is the go-to table. And craps is the large and loud American in the room (and I mean that in a good way). But, done well, that “mindless” spinning of reels can be real fun (pun intended).

And I certainly don’t mean entering the “zombie phase” as social slots expert Guy Hasson refers to (and we debate about this almost all of the time). No, a good slot is engaging, exciting, fun and often rewarding, either in your balance or your brain. A bad slot, you give it a few spins and move on to the next one.

Of course, “serious” slots players, people who play a lot of slots, have their favourites. Ask a couple of hundred players for their favourite and you’ll probably get close to a couple hundred answers and no real consensus.

I’m always glad to see Pragmatic Play/Reel Kingdom’s Big Bass Bonanza (and its variations) in the frame. In its original 2020 incarnation, it had 10 Betways... was it ruined or saved with a Megaways version? I can argue both sides but personally, as a slots player, I prefer fewer lines on most games. But always play all lines, of course!

Big Bass Bonanza has a slightly below average RTP of 95.67 — but you won’t notice when you hit those bonus rounds with Olaf from the docks as your drinking buddy (he responds well to promises of craft beer and Jaeger-bombs as boat drinks).

Virtual drinking with slot characters is about as social as slots players get. The very weird (and once lucrative, still for some) world of “social casinos” aside, slots players are not social animals. Crushing you in a slots tournament is about as close to personal interaction as you’ll get.

Unless you sit on the operator’s side of an online chat. Then you have a new set of besties who, when not chasing for free spins or the whereabouts of their withdrawal, can get downright personal.

In part, often, perhaps sadly, they have no one else. Or certainly few others who share their enthusiasm for their preferred endorphin-generator, online slots.

So your chat operators (or VIP hosts) are the sympathetic ear, the non-judgemental and genuinely concerned rare human friends of the solitary slot player. It may play havoc with your time-to-closure chat KPI but it can become a vital part of the player experience at your casino. And should. To hell with this KPI; get a bigger chat team. Because if it’s good for the player, it’s good for your bottom line.

Slots players, serious slots players, aren’t in it “only for the winning.” They are very much in it for the ride. Of course they’ll moan about the RTP — without necessarily calling it that. And of course they’ll ask for the next bonus — that’s their fix. Gives them more time to play, to relax, to disappear in what looks like a mindless activity but is actually generating as many endorphins as the world’s longest, most exciting rollercoaster. This is what they’re paying you for: a positive experience.

They say employees don’t leave bad companies, they leave bad bosses. Maybe. But give your players the love, attention and care that they deserve, and pay for, and they’ll never leave (and yes they will go to the next casino your VIP host goes to). Treat them poorly, like an anonymous number, and they’ll do the same to you. Give them a good ride for their money. And it’s not RG or OK to take all of their money at once. Play the long game with your slots player… they are.