Kindred spirits: Unibet and 32Red sign with The National League 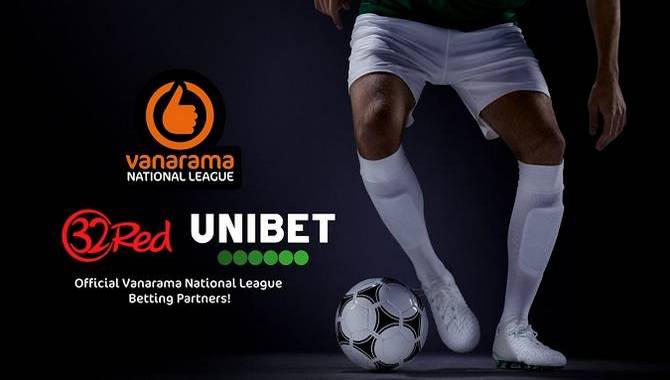 The Vanarama National League has announced 32Red and Unibet as its Official Betting Partners.

A two-year partnership covering both the 2021/22 and 2022/23 seasons has been agreed with parent company Kindred Group.

Earlier this year, it became the first gambling operator to disclose its revenue share derived from harmful gambling.

Kindred has since set a goal to reach zero percent revenue from problem gammbling and will report its figures at the end of 2023.

Operating across Europe, 32Red and Unibet have already agreed a vast array of sponsorships within the domestic game, as well as the international. Branding will be featured across the competition's digital channels, matchday programmes and stadium advertising.

“We are excited to be working with an organisation who want to prioritise fan and community projects and gambling awareness, which is absolutely perfect timing, as we welcome back supporters in greater numbers than we have been able to over the last 18-or-so months.

“That period has been extremely challenging for us all and so we are very welcoming of this partnership for at least the next two years.”

Neil Banbury, Kindred Group GM, added: “This is a hugely important day for everyone connected with the Kindred Group – we are excited and proud to be The National League’s official Betting Partner.

“Simply, non-league football is the lifeblood of our national sport. The elite level can only exist if the base of the pyramid thrives – and we hope that our investment will help to support that. At the heart of this are the supporters, of course, with their unwavering loyalty."