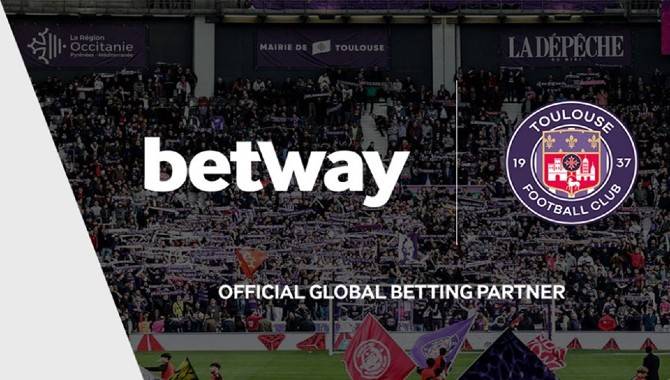 Betway has signed a multi-year agreement with Toulouse Football Club.

It is Betway’s first partnership in France, with the agreement seeing the company’s image appear around the club’s stadium, on billboards and on LED panels.

Betway’s branding will also be present on the shorts and shoulders of the shirts of the players, until at least the 2024 season.

“We are happy and proud to be associated with Betway, a true benchmark in the field of sports betting,” said Toulouse Football Club Managing Director Olivier Jaubert. “This mark of confidence, which spans several seasons, testifies to the ambition to support Toulouse Football Club in its development and ambitions.

“We are also delighted to be the first French club to welcome Betway as a partner.”

The Super Group-owned brand has signed several sports partnerships in recent months, adding The Rio Open to its portfolio, as well extending its agreement with the Croky Cup, Belgium football’s leading cup competition.

Betway CEO Anthony Werkman commented: “Having built one of the most exciting and enviable global sponsorship portfolios of any industry, we are very proud to announce our first partnership in France, where we have signed a multi-year agreement with Toulouse FC.

“The club have a great history and ambition to return to Ligue 1 and we look forward to supporting them on their journey.”