Softswiss Founder: Industry responses should be peaceful, not bring further tension and conflict 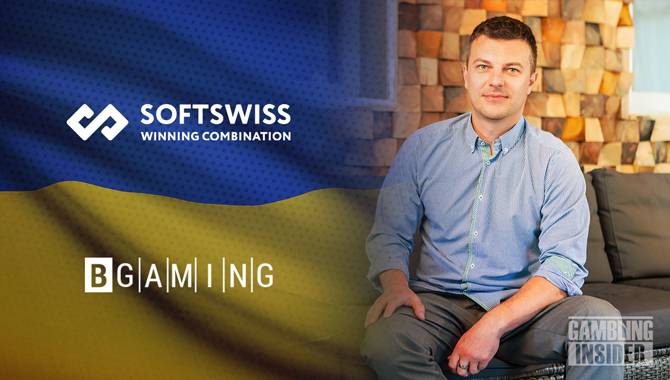 Following its decision to pull out of ICE London to focus its financial resources on helping those in Ukraine alongside its sister brand BGaming, Softswiss Founder Ivan Montik has spoken exclusively to Gambling Insider.

Below, he tells us all about how the Ukraine situation has affected the company. He also comments on Clarion Gaming's decision to ban Belarusian and Russian companies from upcoming industry events; many such companies have made their support for Ukraine public for the past week and beyond, while Softswiss and BGaming had already pulled out of the event before this decision.

The situation around Ukraine now affects different areas of life and business. How has Softswiss responded to this crisis?

This war has changed everyone’s lives and Softswiss is no exception. We share democratic values and stand in solidarity with Ukraine and its citizens, in the struggle for freedom against the invaders. We have many reputable partners and highly qualified employees from this beautiful country who can’t do their everyday work; right now they can only think about keeping their families safe. Currently, we are looking for real ways to support them and others who are suffering from the current situation.

Softswiss has suspended all marketing activities to focus on providing financial support to Ukraine. We are also helping refugees who have already crossed the border to find new homes in host countries.

One of Softswiss' offices is located in Belarus, the country which has been in a very difficult position lately and now has found itself occupied by Russian troops. Belarusians are being forced into the war, although the majority of the population is against it and are the victims of the country’s official political position. We are therefore helping our Belarusian colleagues to quickly relocate to other countries because they run the risk of being dragged into military actions, or because their political views run contrary to the state’s.

The current situation will also affect iGaming companies targeting the Russian and Ukrainian regions. These big iGaming markets will be completely ruined for years to comeSoftswiss Founder Ivan Montik

With the offices in Malta, Georgia and Poland, we are glad we can offer relocation opportunities. Finally, we are working hard on informational support, providing people in Russia and other countries who are facing propaganda with access to unbiased information from reliable media sources and making sure they have a real picture of the current events.

How could this situation influence the online gambling market in the longer term?

The iGaming industry, as many others, can’t stay detached from the situation in Ukraine. This country has long been an IT hub, hosting development and support offices of many international companies. Work has stopped and we don’t know when it can get back to normal. The current situation will also affect iGaming companies targeting the Russian and Ukrainian regions. These big iGaming markets will be completely ruined for years to come.

Clarion Gaming recently announced on social media that Russian and Belarusian companies, entities and representatives will be suspended from participating in significant industry events such as ICE London. We understand you have a comment to make in response to this decision?

We are discouraged and deeply disappointed to see news like this. I’m sure the worst we can do now is to promote conflicts between nations. We should contribute to peace and not repeat the mistakes of politicians, who are forcing their countries into military conflicts and spreading hatred between people of different nationalities.

Belarus has also been fighting for independence and political freedom for many years, and the last two have been especially hard. We faced a lack of actual support from other countries who were speaking but not acting in 2020. The entire Belarusian IT industry made huge efforts to support people and democracy, and any attempts of discriminating companies and people from this country by blocking access to international events are unjustified.

It will bring nothing but further tension and conflict. The Germans know how hard it is to overcome the stigma from the times of WWII, so let’s be very careful in judging people and making enemies out of certain nations.