AstroPay will sponsor up-and-coming tennis star Francisco Cerundolo as he enters the final few rounds of the Miami open. 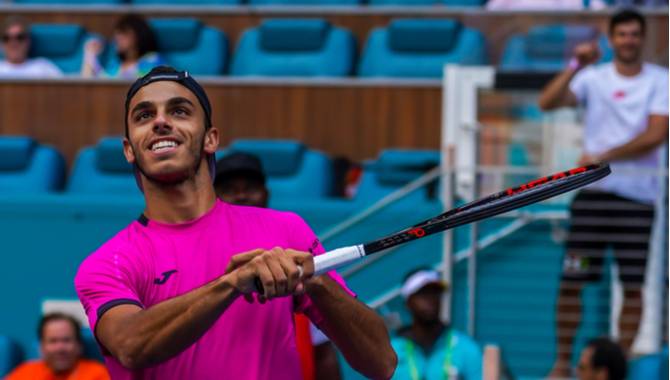 The 23-year-old Argentinian tennis player will don a cap bearing the payment provider’s logo when he faces off against Norwegian Casper Ruud in their semi-final match, scheduled to take place later today.

Hailing from Buenos Aires, Cerundolo has set multiple career records during this year’s Miami Open which have seen his professional ranking shoot up, going from 103rd to 51st during the competition.

His Norwegian opponent, meanwhile, is also 23 years old and has been named one of his generation’s most promising young players, ranked number eight in the world and with several ATP titles under his belt.

Cerundolo, despite his current form, isn’t favoured to win the match by most pundits, but maybe his hot streak will hold out.

Either way, AstroPay said it was “proud to sponsor” the young player, stating: “AstroPay is proud to sponsor Francisco Cerundolo as he makes history as the first player of his ranking to reach the semi-finals of an ATP1000 tournament, the Miami Open.”

The company’s CEO Mikael Lijtenstein expressed a similar sentiment, saying: “We are thrilled to support Francisco in the Miami Open and very proud of his achievement for making it through to the semi-finals.

“We wish him all the best in his game on Friday and hope he makes it to the finals.”

AstroPay’s sponsorship of Cerundolo comes after the company agreed a deal with operator Pinnacle to sponsor the third installment of its flagship esports tournament.