Divine Fire is the latest game by the German GAMOMAT studio with the wildly popular Fire Respins, a cross-game feature present in their several other titles. The studio delivers exclusive content for operators who use Bragg’s ORYX Gaming platforms and solutions.

This game is set in ancient Greece and inspired by the myth of Hephaestos, god of artisans, blacksmiths and, of course fire, who creates metalwork both for the gods and mankind in his forge in the Etna volcano.

The game’s original main feature revolves around the Book scatters: collecting three of them triggers the Free Games and randomly draws one of the symbols, designating it as the Bonus symbol. Within the Free Games feature, if the player lands a winning combination, all symbols on reels with winning combinations get nudged and become Bonus symbols. Reels full of Bonus symbols make all lines on them pay, which in turn opens up options for huge rewards.

The other main feature is the crowd's favorite Fire Respins that fits perfectly the theme of the God of Fire. Fire Respins are triggered when the player lands five or more fiery Fire Orbs, awarding the player with 3 Respins. During this phase, the Fire Orbs are sticky and stay in place, while all other symbols become individual reels and start spinning. Sticky orbs contain cash awards and Mini, Minor and Major in-game jackpots. 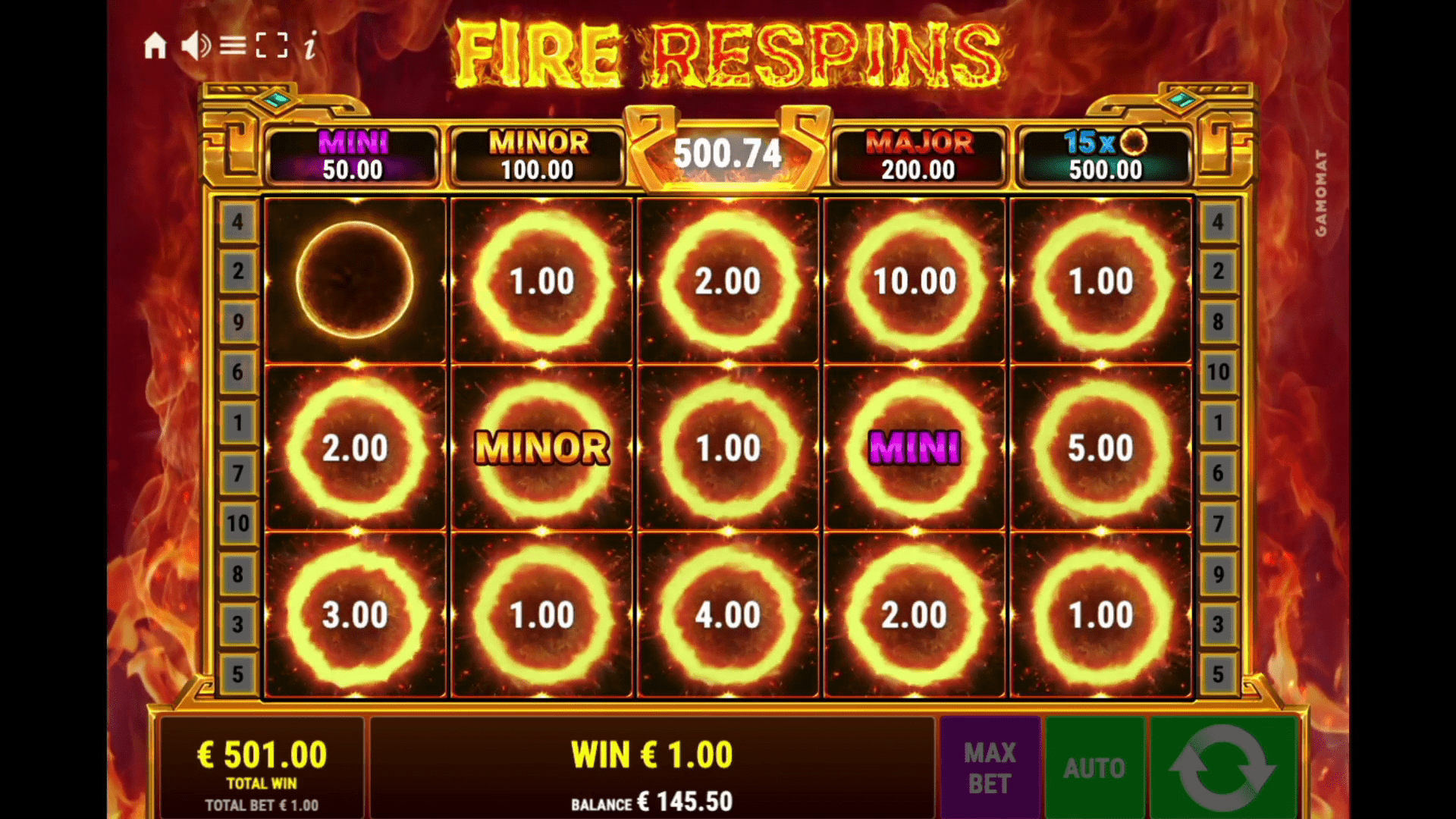 Whenever another Fire Orb lands during Free Respins, the respin counter resets to 3, which means that the players often enjoy more than just 3 respins. If the player fills all positions with Fire Orbs, the Inferno jackpot is triggered to award the player a massive fiery win. 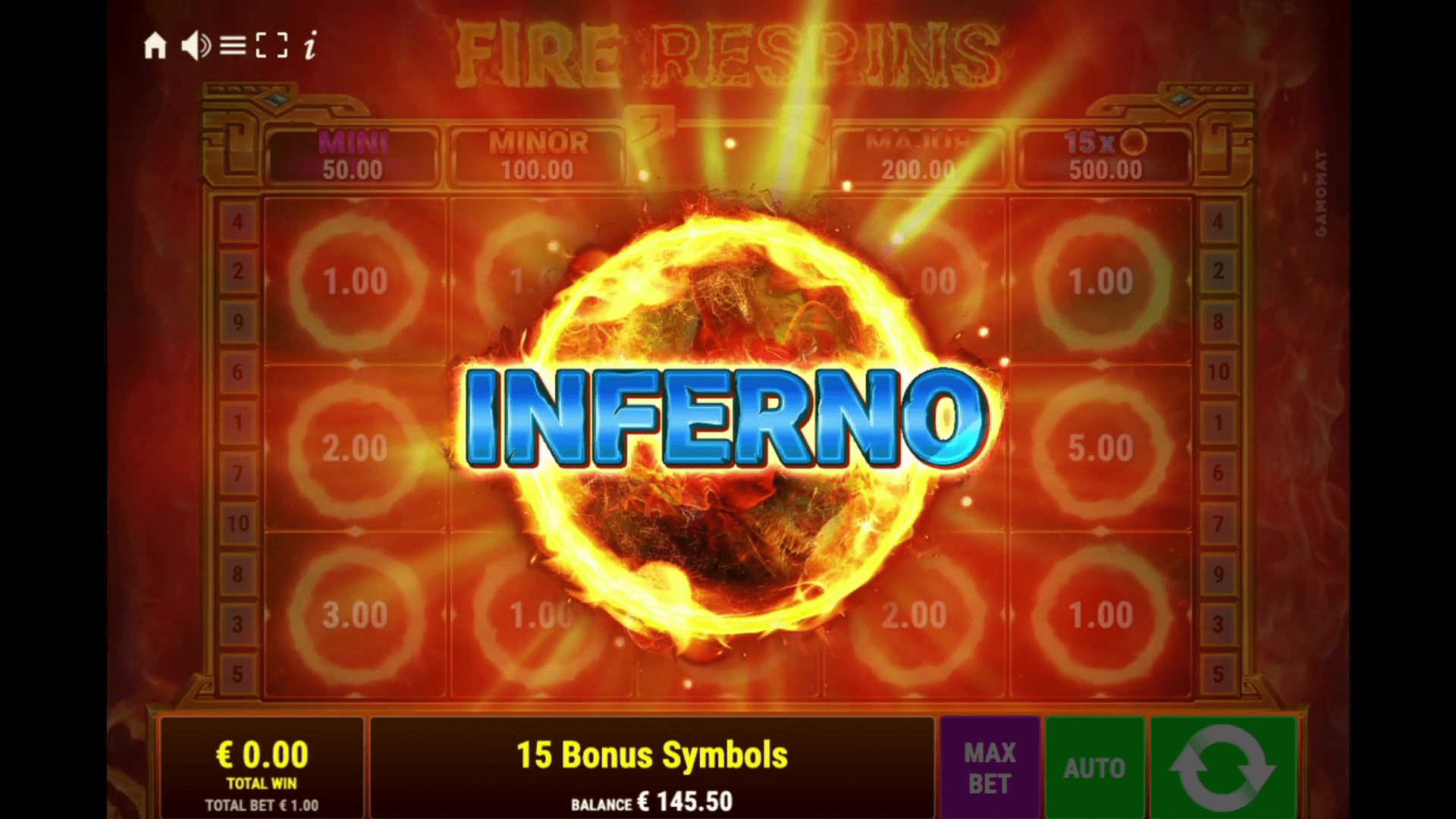 ...and two side features!

On top of that, the game includes two more side features, hallmarks of the GAMOMAT studio. To increase their rewards, players may decide to play the Card gamble by guessing the color (red or black) of the top card of the deck. The Ladder gamble, on the other hand, takes players up or down the Ladder where rewards increase with higher Ladder steps. Players may also collect their wins at any time and thus end the side-feature.

The game’s medium volatility and a decent RTP of 96,14%, in combination with several diversion mechanics, is thus made to please the players who love to be constantly entertained - while still having a chance to win big. With never a boring moment, this slot title is sure to maintain the focus and engagement of expert and casual players alike!

Click the video below to watch the gameplay: Master the godly flames and try out Divine Fire here!