Bally’s Corporation has been selected as the recipient of Chicago’s sole casino licence, as announced by Mayor Lightfoot, as well as becoming the developer of a new $1.7bn casino resort. 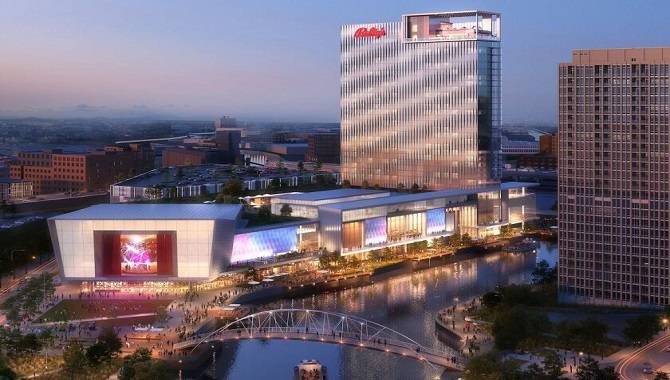 The project, which will open on the site of the city’s Tribune Publishing Center, is expected to create 3,000 construction jobs per year, in addition to 3,000 permanent casino roles when fully functional.

When complete, the venue will boast a 500-room hotel, a 3,000-seat theatre, a casino arena with room for 3,400 slot machines and 170 table games and a range of outdoor music and parkland spaces.

In a rigorous process, official requests for proposals (RFP) were made by five operators, including Bally’s, by October 2021. These were narrowed down to a shortlist of three in March of this year, before further evaluation took place with the help of the Chicago community.

Bally’s Chairman of the Board Soo Kim commented: “We would like to thank Mayor Lightfoot and her office for conducting a tough, but fair, RFP process and selecting Bally’s Chicago as the final bidder for the city’s casino.

“Chicago is a unique and vibrant city, deserving of world-class gaming and entertainment destination that is of, by and for the people by driving the local economy, supporting local labour, creating multigenerational wealth for minority investors and showcasing the best of what the city has to offer.

“We look forward to continuing to work collaboratively with Mayor Lightfoot and all our valued community partners on this exciting endeavour.”

In total, the new casino is expected to generate $400m in gaming revenue for Chicago and the state of Illinois per year.

As part of the announcement, Mayor Lightfoot detailed how Bally’s met the requirements. These included economic and financial benefits to the city, job creation with Bally’s committing to hiring 60% of its workforce from minority populations, equity, the design of the casino and its location.

Mayor Lightfoot commented: “We are confident Bally's Tribune Publishing Center development will shore up the City's pension funds, create thousands of well-paying jobs and lead to a bright financial future for our city.”