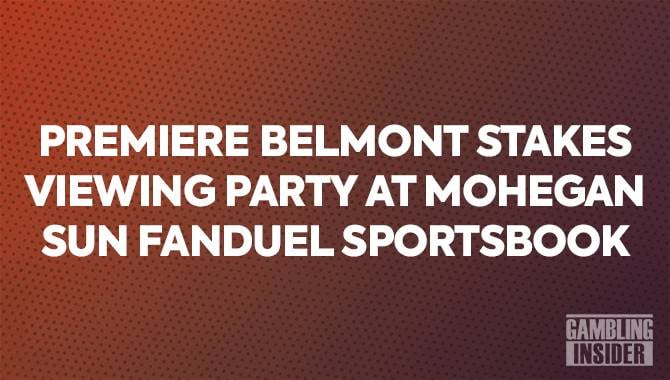 The recently opened FanDuel sportsbook at the Mohegan Sun Casino & Resort will play host to a viewing party in June, for the 154th running of the Belmont Stakes.

The racing event features the third and final leg of the Triple Crown thoroughbred series.

It has been held in all but two of the last 156 years, with the 1911 and 1912 editions cancelled due to the Hart-Agnew law, which saw an anti-gambling bill passed in the state of New York.

Now, the FanDuel sportsbook, which launched in Mohegan Gaming’s flagship Connecticut casino in March, will host the one-and-a-half-mile race on its 140-foot video wall.

From 10am on 11 June, the 11,000 square-foot sportsbook, which features 222 seats and an upper mezzanine level for VIP events, will mark the occasion with a series of betting offers.

Members of Mohegan Gaming’s Momentum loyalty programme can take part in a $2,500 ‘Belmont Stakes Alive for Five’ contest, placing a $10 bet and attempting to predict the winner in each of the five designated races.

The contest takes the form of a knockout championship, with those correctly guessing the first race moving onto the second and so on.

Those who wager $50 on the Stakes can claim a free branded t-shirt.

Throughout the day, guests can also experience Michael "Mut" Mutnansky as the guest handicapper, DJ JayRone and the broadcast of UFC 275, which features Glover Teixeria and Jiří Procházka in the Light Heavyweight division.

The full list of promotions can be found on the casino’s website, while bettors can also place wagers online and via the mobile app.