Now introducing the next intergalactic classic, Space Wars 2TM PowerpointsTM. NetEnt welcome players back to an out of this world experience, with the sequel of the much-loved game Space WarsTM.

After the popularity of the original intergalactic showdown, Space Wars 2TM PowerpointsTM brings players’ favorite adorable aliens, such as Brute, back to the reels – with an added twist. Featuring the brand-new mechanic PowerpointsTM, Column Blasters, Zappers, explosive combinations, Free Spins and an exciting Buy Feature, this game is running on rocket fuel.

The aim of the game is to fill up the PowerpointsTMmeter! 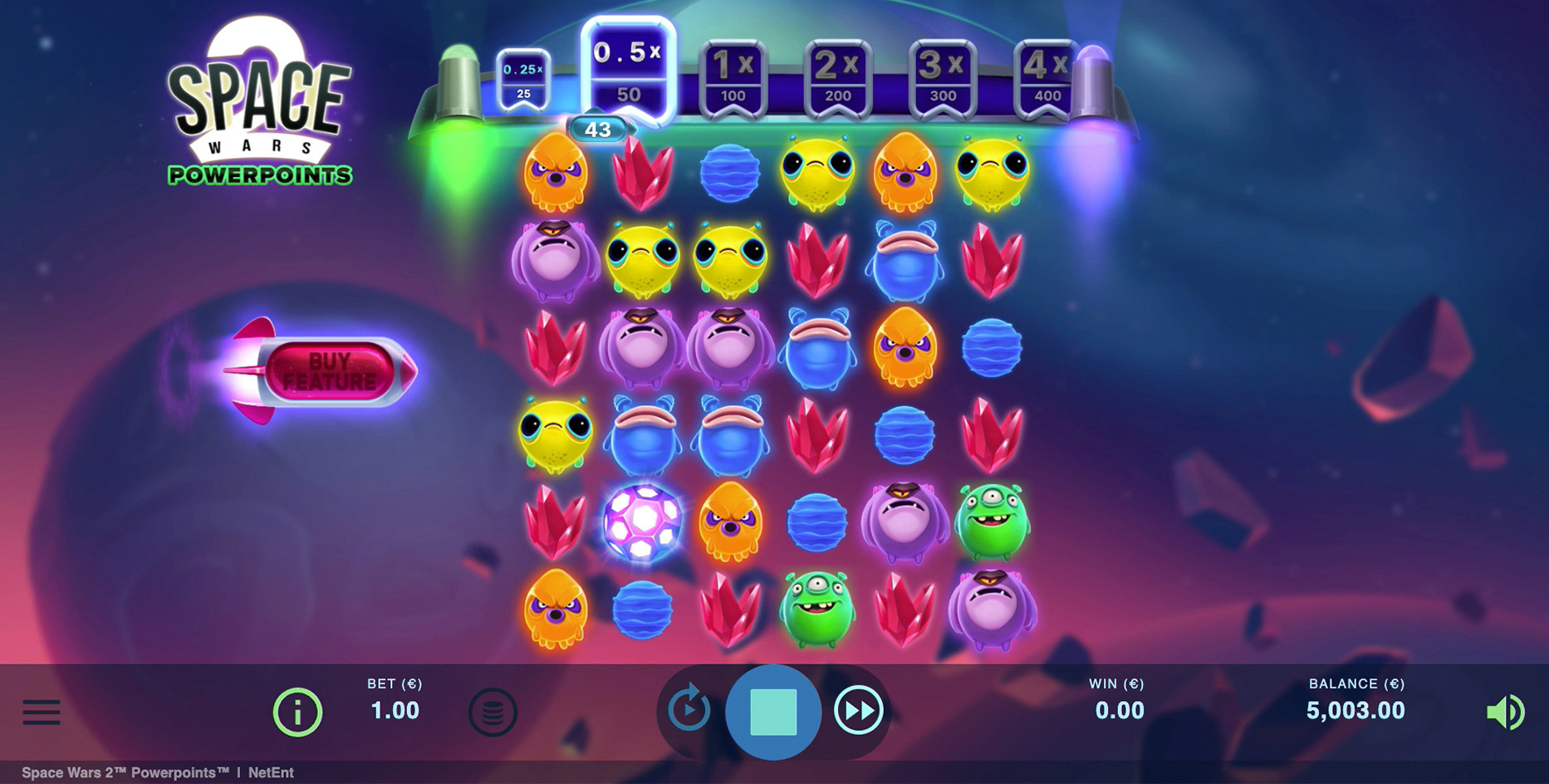 At the top of the reels this meter records the amount of PowerpointsTM players achieve. Every match win will award PowerpointsTM and take players one step further along the meter. As it fills up, players move up the levels and increase their win multiplier.And while they continue to spin and play, players need to keep a keen eye out for the Zapper symbol. A 5 or 6 symbol match in the main game awards this symbol and will remove a number of symbol types from the reels – anywhere between 1-4 types of symbols – and can even appear in the Free Spins rounds. 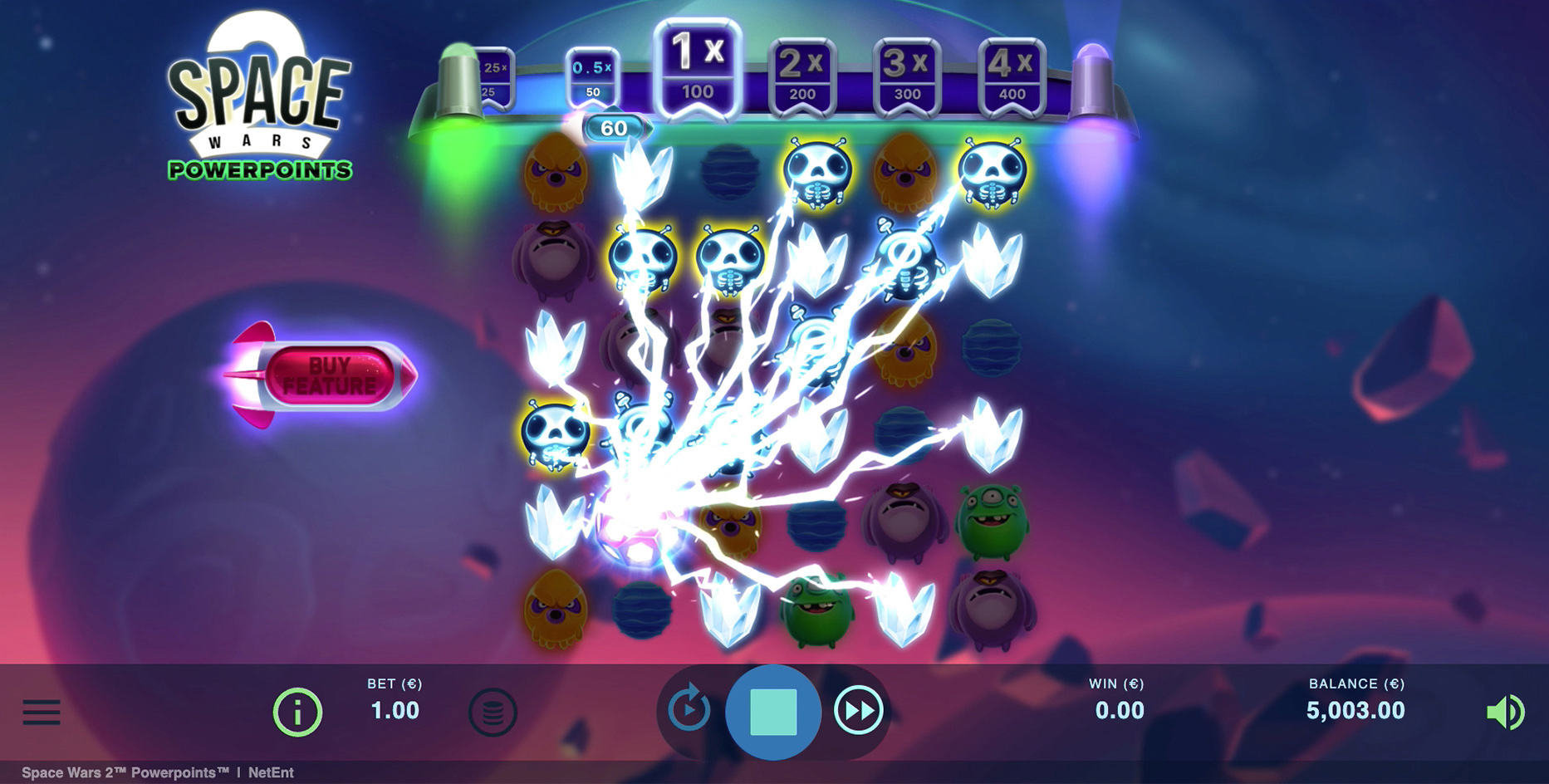 But there’s more! Players can also enjoy each of these individual features – the Zapper, the Column/Row Blaster, and the Bomb – in a thrilling series of combos. All players need to do is land these feature symbols adjacent to each other to explode the reels with wins. 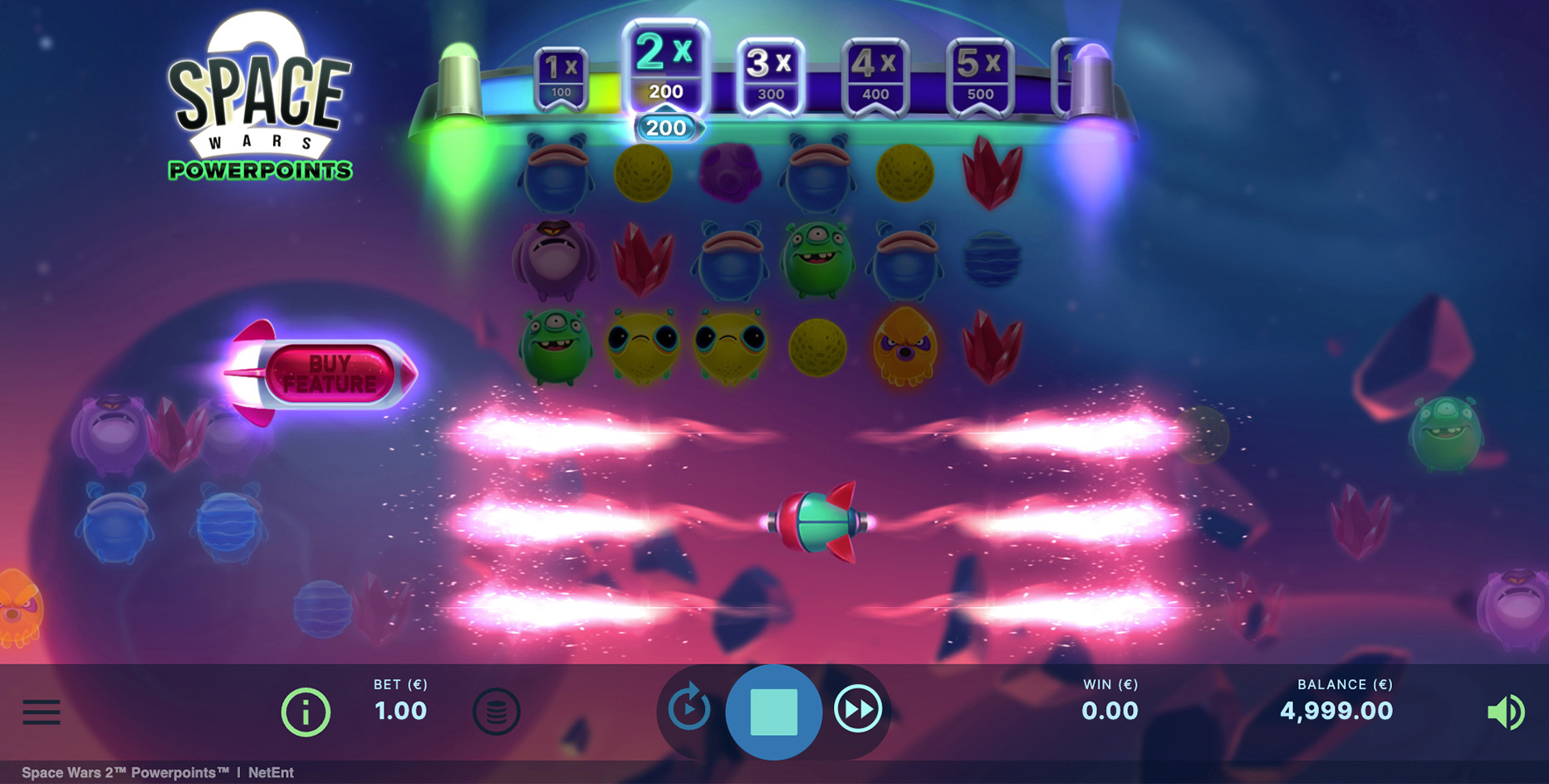 With a high volatility and a return to player rate (RTP) of 96.05%, this game will bring players back to a well-loved favourite andset the stage for a whole new Space WarsTM extravaganza.