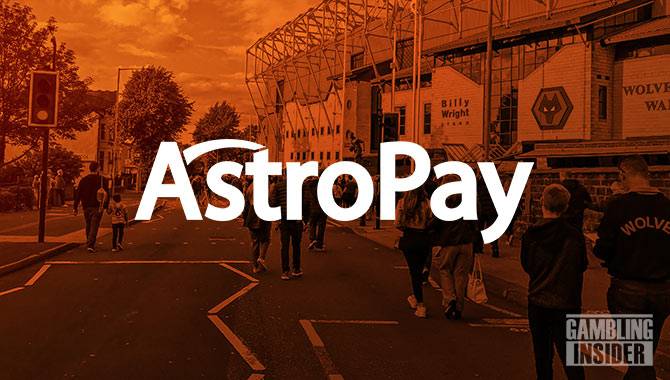 In what will be the second year of partnership between the two, the deal is indicative of AstroPay’s intentions to expand and develop the brand into new European markets.

The agreement will see AstroPay act as the primary sponsor of Wolves for the 2022/23 season, with branding featured on the front of match shirts for the men’s, women’s and esports teams.

Furthermore, AstroPay logos will be printed on replica shirts, both adult and junior, and sold in-store and online.

Russell Jones, Wolves General Manager for Marketing and Commercial Growth, said of the partnership: “As a forward-thinking and fast-growing brand, we know AstroPay has enjoyed the exposure and reach that the Premier League brings. This is their first move into principal front of shirt sponsorship, and it gives me immense pride that they have chosen Wolves.”

Astropay will have the opportunity to create video content with members of the Wolves men’s and women’s first teams, and it is a partnership that the payment provider hopes will help bolster its foray into both UK and European markets.

Mikael Lijtenstein, AstroPay CEO, said: “We have built a great relationship with the club over the year and are pleased to be very much part of the Wolves family… They are a perfect fit for AstroPay and the partnership further solidifies our growth strategy, particularly in terms of increasing our visibility in wider European market.”

AstroPay will feature in Gambling Insider's first-ever Payments Focus magazine, which will be available here next week.