Apparat Gaming has signed its first deal with a content aggregator, with its full suite of games to be distributed by United Remote. 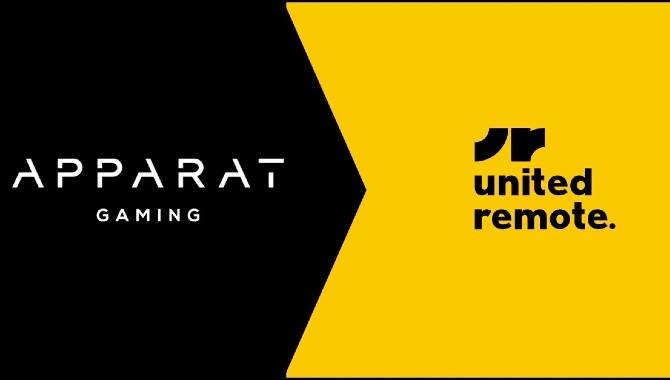 Apparat Gaming has signed its first deal with a content aggregator, with its full suite of games to be distributed by United Remote.

The distribution deal builds on the existing relationship between the two groups, with Apparat Gaming using United Remote’s Malta licence to release its first two titles - Pharaoh Princess and Fruit Storm - in 2021.

Since then, the developer has secured its own Malta Gaming Authority licence, and will now leverage the market and operator reach that the content aggregator has in a bid to launch its slots in more jurisdictions and with more brands.

“We have been working with United Remote for many months now, so it made sense to join forces with them as our first game aggregator partner,” said Apparat Gaming Co-Founder and Director Thomas Wendt.

“United Remote has partnered with leading B2B and B2C businesses and brands, so it is great to see our games line up alongside those from tier-one developers and to now be available to popular sportsbook and casino brands in key Malta markets.”

As noted by Apparat Gaming, United Remote has emerged as a leading platform, game aggregator and development studio that works with many major B2B and B2C brands, with players at such brands set to be among the first to access the latest slots to leave the Apparat Gaming production line.

“We are always looking to add quality content to our portfolio and in Apparat Gaming we have a partner that delivers this quality but also a unique player experience thanks to its approach to creating games with a German accent,” said United Remote Product Manager Eliana Mennonna.

“This is a great partnership for United Remote, but most importantly for our operator partners and of course their players.”