Supplier Fantasma Games has announced its latest addition to the iGaming market, Cloud Corsairs – an Aeronautical/Pirate-themed game that takes place above the clouds; where players can earn bonuses and prizes whilst enjoying a contemporary setting. 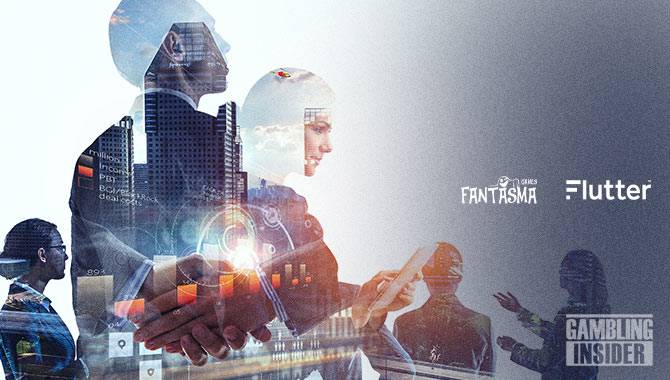 The Swedish gaming company’s latest will enjoy an exclusive release on Flutter Entertainment’s Sky Bet, Betfair, Paddy Power and PokerStars brands until 2 August, when it’ll release to the rest of the market.

Fredrik Johansson, CEO of Fantasma Games, spoke at the launch of the product, saying: “With Cloud Corsairs we have a game that turbo-charges the player experience thanks to a selection of progressive bonuses that allows the anticipation and excitement to build and build.”

Fantasma’s partnership with Flutter Entertainment came courtesy of Light & Wonder, which brought the two together to collaborate on Cloud Corsairs’ release.

Commenting on the game, Light & Wonder’s Director of Partnerships, Steve Mayes, said: “Fantasma Games is a studio with tremendous momentum behind it, and no wonder when you consider the quality of the games that it produces.

"Cloud Corsairs is a great example of this, and as the leading content aggregation platform provider to the global iGaming industry, we are proud to have facilitated this exclusive integration with Flutter.”

While Johansson added: “We are thrilled to have launched Cloud Corsairs exclusively with Flutter Entertainment via our distribution partner, Light & Wonder. It is games and exclusive agreements such as this that further establish Fantasma as a leading slot studio.”

The developer behind the popular Heroes Hunt Megaways and Flower Fortunes Megaways, Fantasma described its newest game as a ‘modern reimagining of the pirates and treasure theme, but with an aeronautical twist’.