W88 will sponsor Fulham for the 2022/23 Premier League season, according to a report from The Athletic. 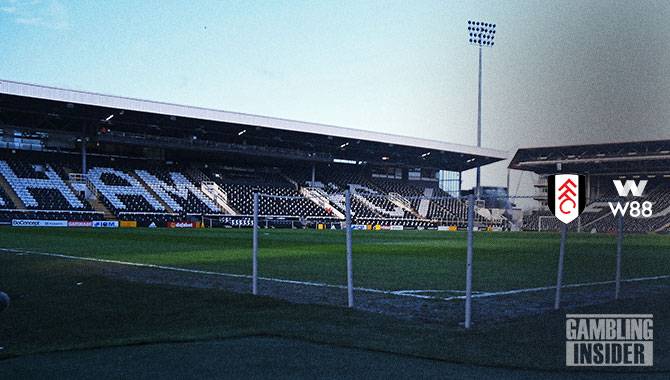 The potential move comes amid an ongoing discussion regarding gambling sponsorships in English football, with the UK Government reportedly planning on imposing a ban on such sponsorships. The potential ban would form part of the Government’s review of the Gambling Act 2005.

Fulham has yet to officially announce its new sponsor for its return to the top flight, but W88 was briefly listed as its shirt sponsor in the Premier League’s handbook for the upcoming season. The Asian-facing betting firm’s name was removed from the handbook shortly after.

Last year, the Fulham Supporters’ Trust conducted a survey on the topic, with 46% of respondents saying they would be uncomfortable having a gambling firm as the club’s main sponsor.

“We know that many fans are uncomfortable with gambling shirt sponsors, and a significant number have told us they don’t buy replica shirts and other merchandise because of it,” said the Fulham Supporters’ Trust.

“With the likelihood of a voluntary ban on gambling front of shirt sponsors being agreed by the Premier League imminently, it appears Fulham, along with other clubs, are taking the last opportunity to get revenue from overseas gambling companies that don’t operate in the UK.”

Fellow Premier League club Everton last month announced a club-record main partner agreement with Stake.com, with the cryptocurrency betting operator’s brand set to appear on the men’s and women’s playing shirts, while featuring at the club’s training ground and on screens and media backdrops at Goodison Park.

But in less than a month, over 20,000 people had signed a petition opposing the sponsorship deal, with fans upset at seeing a gambling firm associated with the club.