The Hong Kong Jockey Club (HKJC) has given a promotion to Michael Fitzsimons, elevating him to Executive Director, Wagering Products. 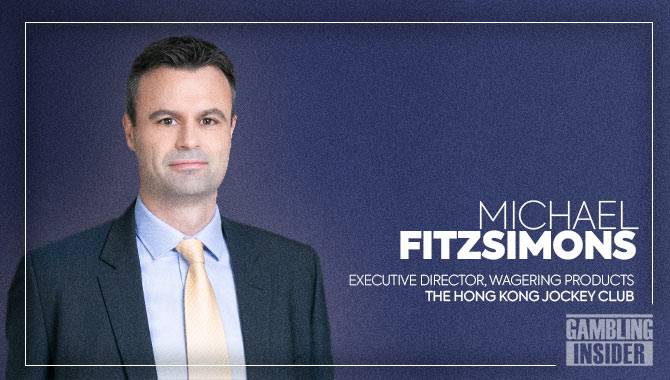 This will take effect from 1 September, whereupon Fitzsimons will become a member of the Club’s board of management, reporting directly to CEO Winfried Engelbrecht-Bresges.

In his new role, Fitzsimons will be responsible for the Club’s betting business, including horseracing and football wagering, as well as its Mark Six lottery game.

“With his extensive knowledge of sports betting and the application of artificial intelligence to trading, Mr Fitzsimons will help sustain the growth and development of the Club’s wagering business,” said the HKJC.

Fitzsimons’ promotion is the latest step in a roughly 20-year-long career in sports betting. He first joined the Club in February 2021 as Director of Trading.

In this capacity, Fitzsimons oversaw the Football Trading Department, and according to the HKJC, contributed to “the growth of the Club’s sports betting business.”

But before this, Fitzsimons held leadership roles with various companies, most notably, The Stars Group, which was acquired by Flutter Entertainment in 2020.

There, he served as Director for International Trading and Operations for BetStars, Fox Bet and Sky Bet International from 2014 to 2021, immediately prior to joining the HKJC.

Fitzsimons has also worked as Trading Director for Gambit Research, Trading Manager at Cantor Fitzgerald and as a trader at Spreadex. He holds a master’s degree in accounting and finance from Edinburgh’s Heriot-Watt University.