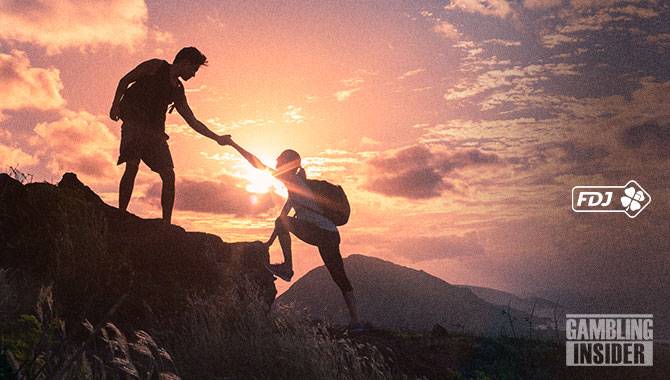 This sizeable sum will be divided between two organisations, with the lion’s share – €180,000 – going to Bibliotheques Sans Frontières, otherwise known as Libraries Without Borders.

FDJ’s endowment will finance the creation of a mobile app, to be developed in partnership with Ukrainian-speaking French as a foreign language experts.

This will primarily include educational content to support Ukrainian refugees learning French, but will also be designed to help them better integrate into French society.

“They can, for example, discover articles on French social codes and the administrative procedures necessary for the schooling of children or the search for employment,” said FDJ.

The app is currently being tested and is expected to go live in September. Meanwhile, the remaining €20,000 will go to Ensemble Pour le Développement Humain, or Together for Human Development in English.

This organisation has been active in welcoming Ukrainian refugees to France, and will use the money donated by FDJ to offer French lessons and cultural outings, as well as wellbeing and educational workshops.

Charles Lantieri, Chairman of the FDJ Corporate Foundation and Deputy Managing Director of the FDJ Group, said: “In the early days of the war, the FDJ Group made an emergency donation of €200,000 to the Red Cross to quickly come to the aid of Ukrainians. Today, we want to help meet the longer-term needs of refugees.

“This is why we have decided to support two associations, Libraries Without Borders and Together for Human Development, which directly support Ukrainian refugees hosted in France.”