Entain has revealed a record 1.5 million online bets have been placed on the Women’s Euro 2022 football tournament so far, a “significant milestone for the fastest growing female sport in the world.” 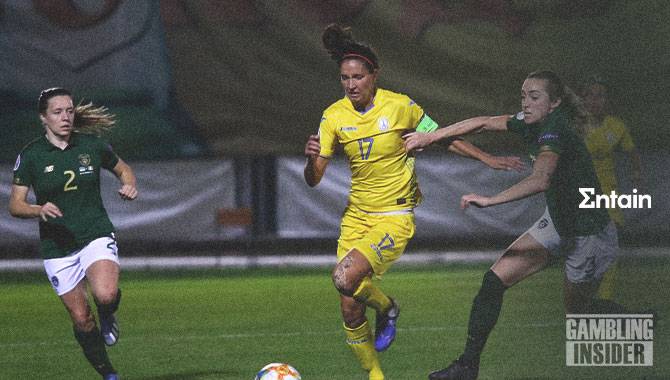 Ahead of Sunday’s final between hosts England and Germany, Entain delved further into the betting trends, revealing that 14% of the 1.5 million online bets were placed by women.

“This is a significant milestone for women’s football, which has been touted as the fastest growing female sport in the world,” a statement from Entain read.

Entain added that the sports betting industry in general is witnessing a similar boost in interest in women’s sport, with the number of online bets on the 2021-22 Women’s UEFA Champions League climbing 61% from the 2019-20 tournament, while the 2021-22 Women’s FA Cup saw 130% more online bets than its 2019-20 equivalent. The two competitions also reported increases in bets from women of 79% and 212% respectively over the same timeframe.

“Women’s football has seen a phenomenal rise in popularity in recent years, generating an incredible buzz for the sport,” said Julie Doleman, Managing Director UK & Ireland Digital at Entain. “This has also been reflected in betting activity on women’s football matches, which has grown at similarly seismic rates – particularly amongst female customers.

“At Entain, we are perfectly placed with our bench-strength of global sporting brands to offer our fans exciting experiences and get them close to the action. With the FIFA Women’s World Cup taking place next year, we’re really excited to see what lies ahead for the sport.”