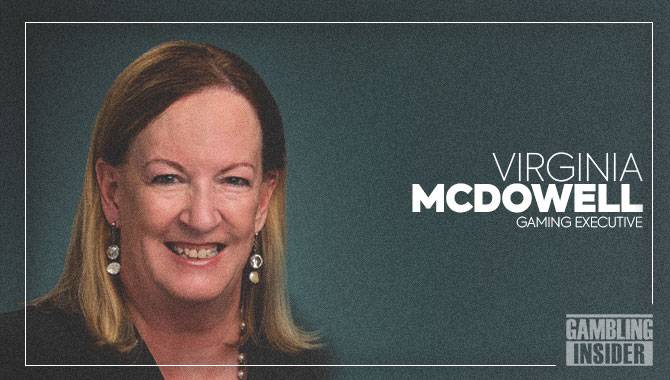 Gaming industry veteran Virginia McDowell will be honoured with a lifetime achievement award next month.

The businesswoman will be recognised for her life’s work at the upcoming East Coast Gaming Congress & NexGen Gaming Forum, set to take place between 21 and 23 September.

McDowell served as the only female president and CEO of a major gaming operator from 2007 until her retirement from Isle of Capri Casinos in April 2016.

She was also the first female board member of the American Gaming Association (AGA), as well as the first woman inducted into the Mississippi Gaming Hall of Fame.

Currently, McDowell is a Non-Executive Director at Entain and Vice President of Global Gaming Women, a non-profit organisation she co-founded in 2016.

Its mission is to “support, inspire and influence the development of women in the gaming industry through education and mentoring.”

Michael Pollock and Lloyd D. Levenson, co-founders of the upcoming conference, said: “In a career that has extended over four decades, Virginia McDowell has been a mentor to many, and a pioneer for women seeking to gain a foothold and build careers in this industry.

“We want to shine a light on her accomplishments, and to help inspire others to walk through the doors she has helped open.”

This theme of inclusion will extend to the conference’s industry leader roundtables. These sessions will purportedly include “a candid discussion of what it will take for women and minorities to ascend to corporate leadership positions in the industry.”

The conference will be held at Atlantic City’s Hard Rock Hotel & Casino.