Americas Cardroom (ACR) will send 21 players to Uruguay as part of its 21st Anniversary Celebration. 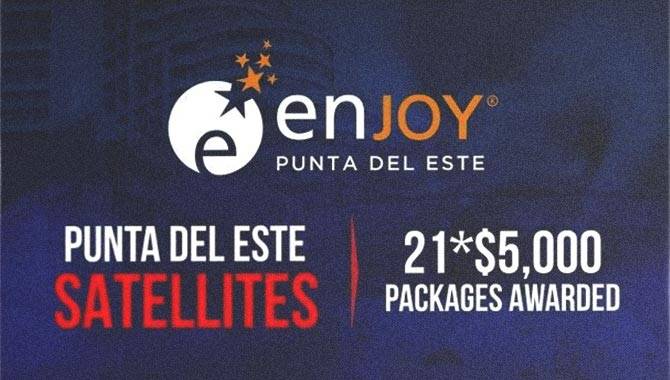 By competing in a series of satellite competitions, players have a chance to win a stay at the Punta del Este Resort and Casino, located on Uruguay’s Atlantic coast.

For a $55 buy in, players can participate in the aptly named Punta del Este Satellites, which will guarantee 21 holiday packages. The chosen number represents one per year of the poker site’s existence.

The satellite tournaments will take place over four consecutive Sundays, starting later this week. The first will be held on 28 August, followed by further satellites on 4, 11 and 18 September.

Five packages will be up for grabs on each day, except on the last day, when six will be awarded. Each is valued at $5,000 and includes airfare, as well as $500 in spending money and a nine-night hotel stay.

Winners will also receive a ticket to enter the main event of the Enjoy Poker Series from 11-14 October and be invited to a VIP party attended by professional poker players.

“Our 21st anniversary has so far been about huge online events like the $10 Million Venom and $25 Million OSS Cub3d,” said Chris Moneymaker, Team Pro at Americas Cardroom.

“Now, we’re taking things offline with these dream poker trips, which include a VIP party with the ACR pros.”

Americas Cardroom kicked off its 21st Anniversary Celebration in May, an event that will run through October.

When this celebration was announced, Moneymaker said: “We’re sure our players remember turning 21 and the excitement it brought with their newfound freedom.”