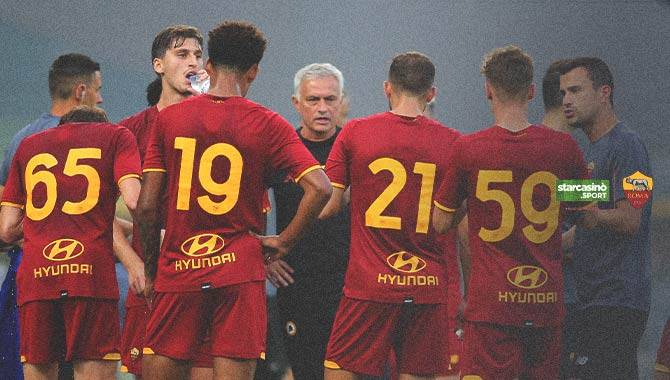 The Betsson-owned brand operates a “sports infotainment website,” which will now host exclusive content centred around ‘I Giallorossi’ – the yellow and reds.

StarCasinò and AS Roma will also collaborate on a competition, “The New Way of Experiencing Rome,” that will allow fans to win prizes.

“We wanted to work with AS Roma both for its significance as a club and for the unique bond between the city and the team, identifying the fans as the true heart of football, just like StarCasinò Sport does.”

A two-minute-long video entitled “Esperienze Romane” – or Roman Experiences in English – was published on AS Roma’s YouTube channel to inaugurate their new partnership.

This features a couple riding around Rome on a vintage scooter, intercut with panoramic shots of the Italian capital.

We are then suddenly transported to AS Roma’s home ground, the Stadio Olimpico, where fans stand waving flags amidst yellow and red smoke.

“With the recent arrival of the new ownership, an ambitious new football environment has been created and the foundations are being built for a successful future on a global scale,” continued Tino. “We are confident that we will achieve great things together.”

In other Italian football news, LeoVegas recently forged an infotainment partnership with AS Roma’s fellow Serie A side Inter Milan.