Betswap.gg CMO: Esports betting will never overtake football – but it will be loved 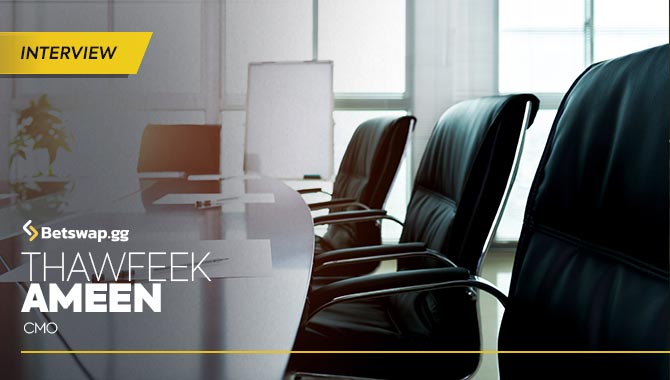 Built on the Polygon blockchain, the platform allows users to bet on thousands of sporting and e-sporting events. Using Web 3.0 technology, it provides customers with a 'trustless and permissionless experience.'

Through the platform, users can choose to be a bettor or a bookmaker, and are able to start betting once connecting their wallet.

Betswap.gg CMO Thawfeek Ameen exclusively tells Gambling Insider about the company’s marketing plans for major tournaments, his predictions for what might happen and whether or not esports betting can overtake traditional sports betting.

What are Betswap’s marketing plans for competitions such as the 2022 T20 World Cup and the 2022 FIFA World Cup?

Cricket’s highest volume comes from India, so for the cricket World Cup we have partnered with some Bollywood celebrities, a couple of top celebrities with around 25/30 million followers. They made an educational video describing what Betswap is, how it’s different, so just a short snippet. It will be pushed out soon. It’s Diwali time in India, so they are celebrating, now is a good time to post it. That’s a brand awareness marketing.

For the football World Cup, we have massive marketing plans from banner ads to partnering with a brand ambassador. We are trying to talk to a few of the celebrities and see how they can be involved.

What is your prediction for the World Cup and how betting will be impacted during the tournament?

Everybody knows that Brazil, France and England are top teams, also Argentina. It’s quite difficult, normally the World Cup is a bit of a conflict for me, because this is not something like a league match where we know a lot of statistics are there, a lot of data is there.

It’s national teams, we’re going to be seeing a lot of egos, people trying to prove they are better than another. You cannot predict matches with these egos.

We will be adding a lot of side markets so people can choose what to bet on, so they aren’t just betting on which team will win, because it’s very hard to predict when it comes to the World Cup.