It is suspected more than 10 people have perished during a tragic fire at the Grand Diamond City hotel-casino in Cambodia. 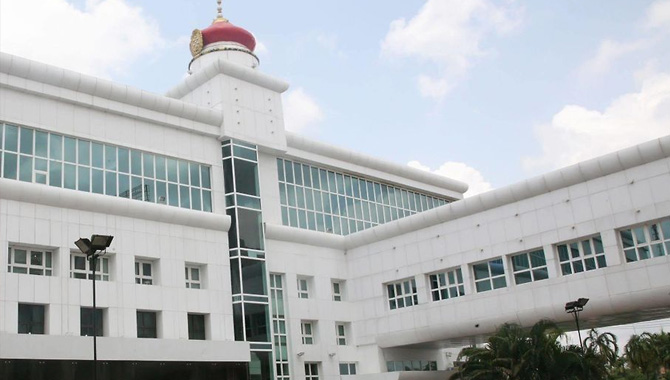 The casino is located near Cambodia’s border with Thailand in the town of Poipet, and officials said that around 400 people were in the building when it caught fire.

The cause of the blaze is still unknown, and social media clips show many people jumping from the windows of the building to escape the flames.

Some of the injured were taken to a hospital across the border in Thailand. Due to the strict rules around gambling in Thailand, where the practice is all but illegal, many Thai citizens head to Cambodia to gamble.

After the move, Secretary of State of the Ministry of Interior Sok Phal told Preah Sihanouk Province Governor Kuoch Chamroeun that the ministry will continue to rid the streets of illegal gambling sites, saying: “We all know that we have busted hundreds of places, and now gambling has died out, with more than 90% of illegal dens closed down.

“Despite this, there are still a few locations running their businesses, so we will cooperate with the authorities of Preah Sihanouk and other provinces to shut them down.”

The police action came after figures from the Ministry of Economy and Finance’s Commercial Gambling Committee of Cambodia (CGCC) revealed disappointing state revenue from commercial gambling, despite a government push towards recommencing tourism and related economic activity.