By Gambling Insider
Ragnarök is near - and only you can prevent the world from ending in flames! The GAMOMAT studio, powered by Bragg, is your ally in this epic struggle: with Nordic Fire, their latest game from the Fire Respins series, you can stop the impending global cataclysm and seize glorious loot!


Nordic Fire is set in the far North, where mighty Vikings dwell and fight against the fire giant Surt who wants to see the world burn. Players can avail of two main game mechanics and use them to their advantage, both of them revolving around Fire, the Maintainer and Destroyer of all Life. One of them is the Fire Respins feature, a fervently popular mechanics and a trademark of this superb German studio that delivers excellent slots with high replay value. The first order of business is sighting the fire giant so he can be engaged. Surt Scatters are thus where the metagame begins: players need to land three or more of them to start the Free Games feature. Five free spins may not seem much, but each Surt Scatter landed during free games awards the player with one additional free game, which can happen quite often. Fire Orbs appear in this phase as well: 4 or less give out instant cash rewards, 5 or more trigger the Fire Respins. An extra perk of free games is that the other main feature can be triggered in this phase, too! 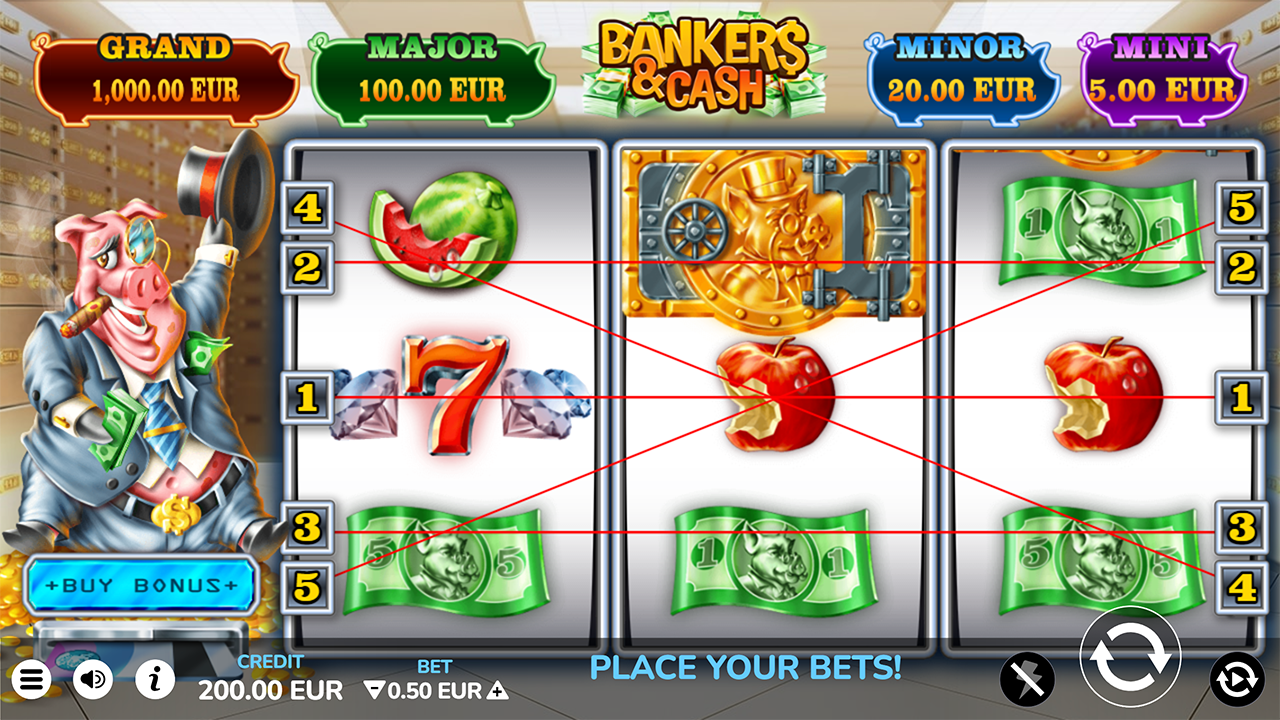 Ignite the game with Fire Respins

Which leads us to where the game shines and provides the lion's share of entertainment value. The Fire Respins phase can be triggered during Free Games too, not just in base game, by landing 5 or more burning Fire Orbs. The background and the grid are then engulfed in flames and the player receives 3 Fire Respins. Unavoidably, tension grows and the temperature rises as players try to land as many Fire Orbs as they can. They are sticky, remain in place for the duration of the phase and carry values that are added to the win at the end of the phase, among them 3 different Jackpots. What's more, each Fire Orb landed resets the Respins counter back to three so completely filling the grid with them always seems within arm's reach. A full grid of Fire Orbs triggers the blazing Inferno, the best win in the game worth 500x current bet plus all the individual values from 15 Fire Orbs.

The game is undeniably a very fine addition to any game portfolio, particularly in the winter season, as it makes great use of the contrasting interplay between the game's fiery wins and its snowy Scandinavian setting. It has unrivaled fire animations that come to life on screen as if one was gazing into a burning fireplace, while the musical soundtrack has a strong cinematographic character with epic crescendos during bigger wins. As is the case with all GAMOMAT releases, the game's masterful artwork beautifully complements and enhances the overall experience since it feels both authentic and fantastic in every sense of the word. The world as we know it is definitely coming to an end one day, but it's up to the players to decide whether it's in flames or in some other way. Until then, Nordic Fire, just as other GAMOMAT's superb slot releases, is sure to entertain and engage your players like there's no tomorrow.

More information can be found at this link.