ESports sponsorship on the rise as Unikrn invests in CS:GO team 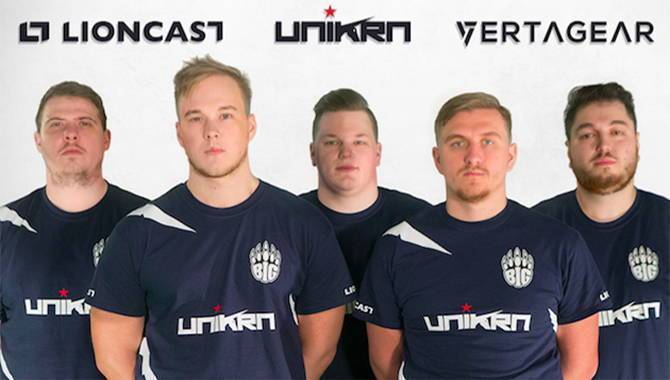 Unikrn are not currently able to operate in Germany, however this may be a preliminary move to acquire a gambling licence for this particular market in the near future.

Following the announcement of this partnership, BIG delivered a strong performance at Dreamhack Leipzig, coming second in the tournament overall.

Rahul Sood, CEO of Unikrn, comments on the partnership: “Initially we were approached by BIG, asking for a sponsorship. We immediately fell in love with the idea of supporting a German allstar team. We were discussing sponsorships for multiple teams in the recent past, but somehow it never felt right. We even discussed the possibility of team ownership with some of our star investors.

We met this dream half way with BIG. We are not only partnering up with BIG, we are actually investing in them! We want to create value for the team but at the same time we are completely hands-off when it comes to the daily operation or anything roster related. We support them through financial backing and business development! We are super excited about this opportunity and wish the team all the best for Dreamhack Leipzig!”

Fatih 'gob b' Dayik, player and founder of team BIG, also commented upon the announcement of the news: "We are happy to partner up with Unikrn, who were really excited to become part of our new team and the BIG family. Unikrn strongly believes in our vision and wants to help us in the background, which allows us to concentrate more on our training and the upcoming tournaments.”

ESports sponsorship from gambling operators has become a growing trend in the industry over the last few years: GG.Bet has sponsored a number of teams, including Fnatic, Na’Vi and Luminosity; Betway agreed to a six-figure partnership with Ninjas in Pyjamas in 2016; and back in 2015, Unikrn launched an all-female pro team in CounterStrike, advocating gender equality in eSports.