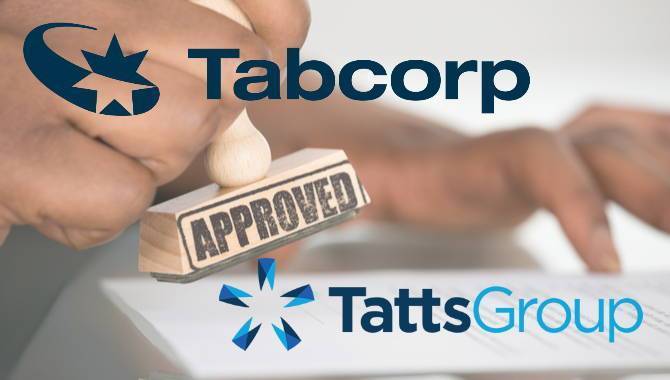 By Robert Simmons
The long running merger saga between Tabcorp and Tatts Group reached a stunning conclusion today when the Australian Competition Tribunal (ACT) finally gave the deal its seal of approval.

In a written summary confirming the ACT’s decision, ACT President John Middleton said that the tribunal was "satisfied that the proposed merger is likely to result in substantial public benefits".

Full confirmation of the tribunal's reasoning behind its approval and the full text relating to its decision will be published later this week.

In a statement released today, Tabcorp chairman Paula Dwyer said: “Tabcorp welcome’s today’s decision by the Tribunal. It represents an important step towards creating a world class, diversified gambling entertainment group that is expected to deliver significant value for both sets of shareholders and material benefits to other key stakeholders including Australian racing industries, business partners, employee, customers and governments.”

The AU$11.3bn merger between the two was first announced in October 2016 and was subsequently passed to the Australian Competition and Consumer Commission (ACCC) for review and approval.

Subsequent long delays in the processing of this review led Tabcorp/Tatts to ask for the merger proceedings to be referred to the Australian Competition Tribunal and for testimony to be heard in Federal court.

Indeed, the ACCC had previously refuted Tabcorp/Tatts claims that the merger would be of significant benefit to the public and that resulting cost savings were “inherently implausible” and “speculative”, claims which now appear to have been dismissed by ACT officials.

The companies have also had to deal with open opposition from other operators, notably the three that testified in court against the proposed merger, and several rival takeover bids from private equity firm Pacific Consortium, whose bids were eventually withdrawn.

Last week the ACT had called for its final decision to be delayed until September, however it now appears that they have now changed their mind, bringing to an end months of speculation regarding the proposed merger.

The deal will now be presented to company shareholders for approval, with completion of the integration of the two entities expected to take approximately two years.
RELATED TAGS: Land-Based | Industry | Mergers & Acquisitions | Financial | Lottery
DISCUSS THIS ARTICLE