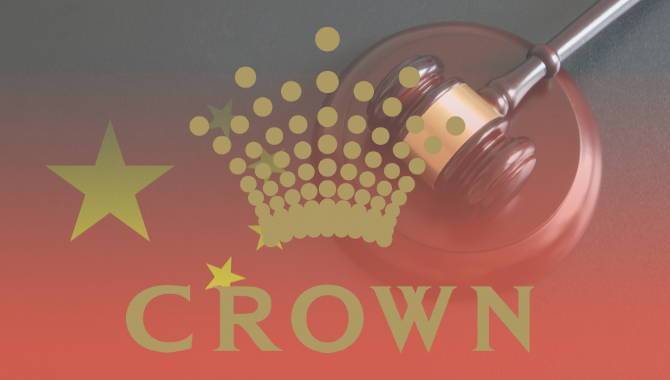 However the trio will soon be eligible for release as their jail terms started when they were detained, along with sixteen Chinese nationals in October 2016.

All 19 defendants had been convicted of Article 303, Clause 1, and Article 25, Clause 1 of the Criminal Law of the People’s Republic of China and were sentenced at Baoshan District Court in Shanghai.

The remaining sixteen defendants were fined a total of ¥8.62m, with eleven sentenced to jail terms of between nine and ten months.

Crown Resorts have confirmed that they will pay all of the fines incurred by their employees, but in a statement released after the ruling they said: "Crown remains respectful of the sovereign jurisdiction of the People's Republic of China and does not intend to comment further at this time."

At the time of the arrest, authorities alleged that the individuals were trying to lure wealthy high roller players from mainland China to its casinos in Australia.

The group were detained by authorities as part of a clampdown by Chinese authorities into casino gambling, which remains illegal in mainland China.

Attracting VIP players is big business for many industry players throughout the region with VIP's gambling A$61bn in Crown Resorts Melbourne and Perth casinos in the last financial year alone.