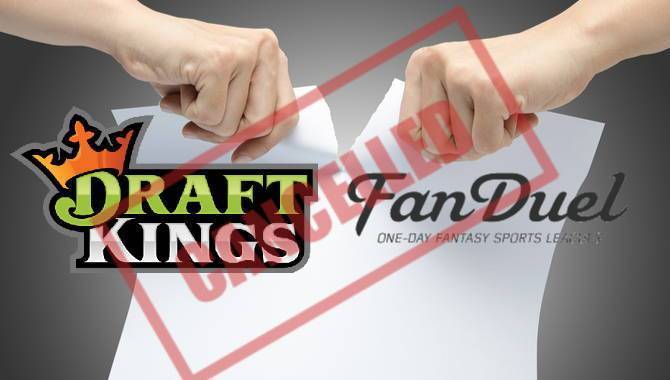 proposed merger between DFS heavyweights DraftKings and FanDuel has officially been cancelled; a month after the Federal Trade Commission (FTC) filed a lawsuit to block it.

Back in November 2016, DraftKings and FanDuel agreed to merge on a 50/50 ownership basis. Nonetheless, the FTC filed a lawsuit aiming to block the merger last month, stating that any proposed merger would create a corporate entity with an 80% share of the DFS market and thus violate US Federal anti-trust laws.

This seems to have been the straw that broke the camel’s back, with both companies reviewing their respective positions and their CEO’s both subsequently releasing statements announcing that the merger is off.

DraftKings CEO Jason Robins said: “Over the past few years, DraftKings has become the world’s leading fantasy sports company. We are recognised as a global sports entertainment brand and the industry leader in utilising technology to bring our customers the best fantasy contests and products.

"Consequently, we believe it is in the best interests of our customers, employees, and investors to terminate our agreement to merge with FanDuel and move forward as a separate company. “

These sentiments were echoed by FanDuel CEO Nigel Eccles who said: “FanDuel decided to merge with DraftKings last November, because we believed that this deal would have increased investment in growth and product development thereby benefiting consumers and the greater sports entertainment industry.

"While our opinion has not changed, we have determined that it is in the best interest of our shareholders, customers, employees and partners to terminate the merger agreement and move forward as an independent company.”

Both companies are now free to resume their contest for supremacy in the US daily fantasy sports market, but the fierce rivals have agreed to continue to cooperate in promoting and lobbying the cause of DFS with state authorities throughout the US.

Officials from the Federal Trade Commission have yet to comment on the cancellation of the merger, with the administrative trial scheduled for 21 November now looking likely to be postponed indefinitely.