The Stars Group have announced the completion of a $117.7m deal to acquire a 62% equity interest in Australian sports betting operator, CrownBet Holdings Pty Limited, in a deal that will make Stars the majority owner of the business. 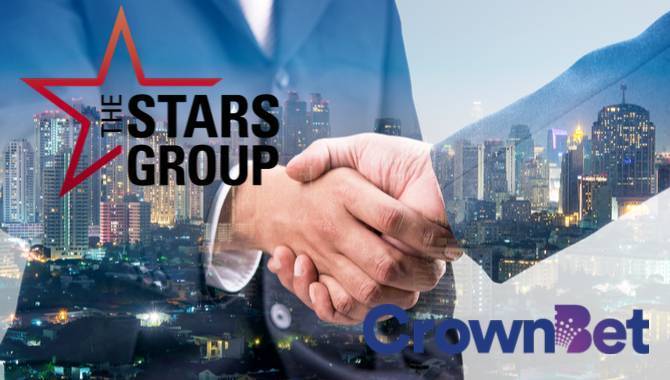 Stars Group has confirmed that the all-cash transaction was funded using cash on its balance sheet, with the deal entitling it to appoint a majority of the directors on CrownBet’s board.

Although the company have confirmed that CrownBet CEO Matthew Tripp, will remain in his position as CEO and continue to operate the business in Australia.

Speculation over a potential sale of the business has been rife since the end of 2017, when Australian casino resort operator Crown Resorts sold its 62% stake in the firm to CrownBet CEO, Matthew Tripp.

Worldwide operators Paddy Power Betfair and William Hill were rumoured to be among the interested parties in the business, both holding talks in November but it now looks like Stars Group will add CrownBet to its pantheon of gambling businesses.

CrownBet, which launched in 2014, is one of Australia’s biggest online sportsbooks with unaudited annual revenues of A$204million and positive EBITDA A$7.9 m during 2017.

In an accompanying statement, Rafi Ashkenazi, Chief Executive Officer of The Stars Group said: “We are excited to enter the regulated Australian sportsbook market with CrownBet.