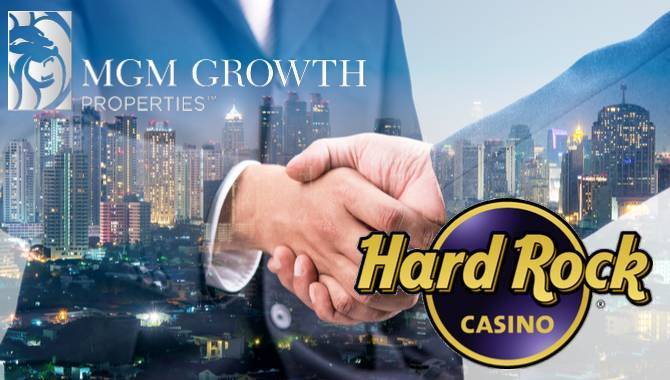 Under the terms of the deal, the company will acquire 100% of Northfield Park Associates LLC, the company which owns and operates the Rocksino from Milstein Entertainment LLC.

In a statement announcing the deal, James Stewart, MGM Growth Properties CEO said: "MGP is proud to announce the acquisition of the Hard Rock Rocksino, the best performing gaming asset in Ohio.

“We are thrilled to join the Northeast Ohio community and look forward to continuing to work with the management team to consummate the transaction and identify a third-party tenant to operate the asset going forward."

Located in Northfield, Ohio just southeast of Cleveland the Rocksino encompasses a 110 acre property consisting of a 200,000-square foot gaming facility which features over 2,300 video lottery terminals, a variety of retail and food and beverage outlets, as well as entertainment venues, including a 1,900-seat music venue and a 250-seat event space.

Detailing the particulars of the deal, MGM Growth Properties confirmed that it plans to fund the purchase price with a combination of cash on hand and debt.

The company have also stated that it expects to ultimately sell the entities holding the licenses and operating assets to a third-party operator, but at the same time retaining ownership of the real estate.

MGM Growth Properties have estimated a figure of between $50-60m of annual rent, which would represent approximately 1.8x rental coverage.

Brock Milstein, Chairman of the Board at Hard Rock Rocksino added: "MGM Growth Properties has many options and opportunities to invest all over the country, so we are especially proud and grateful that they have chosen to make such a meaningful investment in Ohio."

The acquisition is expected to close in the second half of 2018, subject to receiving shareholder and regulatory approval.