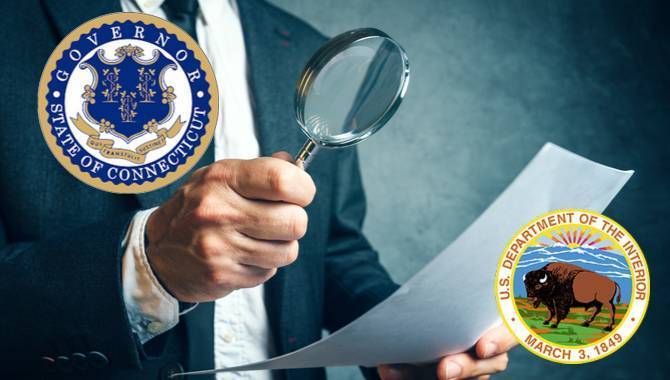 The Inspector General of the US Department of the Interior has announced an investigation into the agency’s handling of the Mohegan and Mashantucket Pequot tribes application to build a third tribal casino in the US state of Connecticut.

A probe has been launched into the department's failure to ratify the revised tribal compact signed by both tribes and the state in June 2017. The revised compact called for the development of a casino in East Windsor and for that casino to be operated by a joint venture between the two tribes.

Under the provisions, the development requires an initial payment of $1m to the state, which will receive 25% of the gross gaming revenues from video slots and other authorised casino games at the new facility. Tribal leaders have argued they need to open the satellite casino near the Massachusetts border to help save jobs at their existing casinos.

In December, both tribes and the state filed lawsuits against the DOI over its failure to move forward with the approval, seeking to expedite the process.

However, the required ratification by the DOI has not happened, prompting the Connecticut congressional delegation to request an investigation by the Inspector General.

One of the members of the delegation, Senator Richard Blumenthal, told the Associated Press: “We have requested meetings. We’ve submitted letters. We have never been given any sort of access to a meeting.

“They basically stonewalled us. And at the same time, they sent copies of certain correspondence to the Nevada congressional delegation. There is a paper trail here that is very troubling.”

The probe began in February, but has only been publicised in the last week and comes amid concerns about the level of influence exercised by MGM Resorts, who have launched a competing $675m bid to develop a casino at the riverside town of Bridgeport.

Seeking to get their development endorsed by residents, MGM Resorts have launched a massive digital print and advertising campaign, bombarding locals with messages which highlight the benefits of a new casino development.

Andrew Doba, speaking on behalf of the business venture formed by the Mashantucket Pequot and Mohegan tribes welcomed the announcement of a full investigation, adding:  “Since last fall, none of the department’s actions have passed the smell test.”

“Something clearly happened to pollute the process, which should be problematic for an administration that promised to drain the swamp.”