Gavin Isaacs exclusive: Stepping aside at Scientific Games was like handing over my baby

There was a time when Gavin Isaacs was synonymous with Scentific Games. 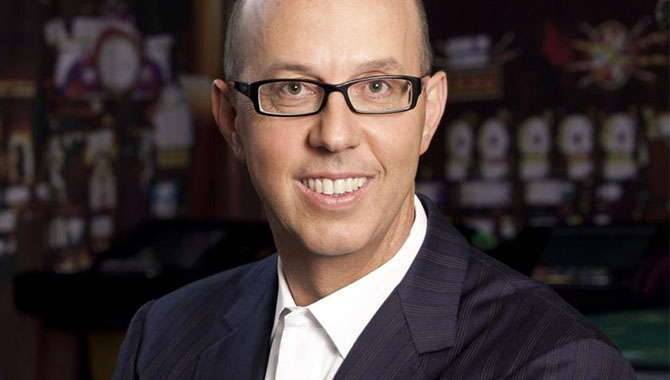 Kicking off the New Year however, the Australian gaming exec was in an unfamiliar position, having ended his four-and-a-half-year association with the supplier in December.

Without hesitation, European-based SBTech swooped in, announcing Isaacs’ appointment in the role of Non-Executive Chairman as early into 2019 as 2 January.

But the former Scientific Games CEO doesn’t hide what leading the industry giant meant to him. "My two and a half years running the company was really involved with putting the company together after we had the acquisitions of WMS, Bally, and Shuffle Master (now known as SHFL Entertainment)," he tells Gambling Insider.

"I did that and, once we put all the companies together, I stepped aside and let someone else go and do it. I guess the good and bad of that is you miss out on some of the fun and excitement and you’re basically handing over your baby. But I still got to be a part of it."

August 2016 was when Isaacs became Scientific Games Vice Chairman and December 2016 was when his time as President & CEO ended. In that time, he admits he "probably did not achieve everything" he wanted but takes "way more plusses than minuses from the experience."

"The overall fundamental strategy and product strategy, the concept of putting together all the verticals, I think was very good.

"You learn every time you do something major; you review it and think: Is there a better way of doing it? But there’s nothing that stands out as ‘oh my God, I wish I didn’t do that.’"

After so long at Scientific Games though, Isaacs admitted he needed a change as 2019 approached. SBTech represents the first phase of that change and he believes the switch is a "good match" for both parties.

"I did my service on the board of Scientific Games and I explained to our Chairman I was going to go out and get a little bit more involved in life," he says.

"When I came to America, we brought a wave of video slots to the country and ultimately, to the world from Australia. It was great to be part of that growth and I thought: what’s going to excite me again?

"I’ve been watching all the technology advances in gaming happening in Europe, Asia and Australia and sitting back having to be a little bit frustrated by what you’re not allowed to do in America.

"I see the opportunity of bringing that technology to America as the next big wave. I’m very excited by it and I wanted to be a part of it. Along came SBTech and here I am."

The 54-year-old is experienced enough to know exactly what he brings to the role without sounding overconfident. Yet, despite over 20 years in gaming, Isaacs isn’t interested in any of the respite offered by the "Non-Executive" aspect of his job title.

"I’ve been involved with running large companies before so, as a person who can give strategic and executive mentor advice to the senior management team, that’s going to be a key part of my role as Chairman," he remarks.

"I do understand a lot of the global markets and obviously the American market, so I can be of assistance in the market development side.

"I’m not just going to sit back and do nothing as Chairman. I’m going to be fairly involved – particularly initially – to try and help them really establish themselves in these new markets, setting themselves up for long-term responsible growth as a company.

"The other part is to assist with the business development side, which is utilising my contacts and making sure SBTech are seeing the right people and putting their best foot forward to grow the business."

As Isaacs has already alluded to, there will be a big focus on the exec aiding SBTech’s US market push. The supplier has made successful early plays across the Atlantic, but has equally encountered challenges with its fledgling US offerings. Isaacs knows the US market is “a little bit different” and is confident the company will be "nimble" enough to adapt.

"Of course, the US market’s a little bit different to every other market and there are many markets in the US which are different from each other," he ponders.

"So, yes, there’s going to have to be a little bit of work, development and fine-tuning. But the way the platform seems to be structured, the approach of the people who are doing it, I think they’re going to be very nimble and respond to the market successfully.”

Something new confronting the Australian as part of the US push will be a heavy specialisation in sports betting. Having worked extensively with slots and lottery before, Isaacs believes sports wagering offers a "great initial opening" for players, while also providing a chance to grow for operators and suppliers alike. In fact, the gaming veteran himself followed a similar path into the sector.

Isaacs says: "My first experience in gaming, if you will, was sports betting. I worked my way through university doing sports betting through a group of people.

"When I look at what young people like to do inside properties and casinos, I think sports betting is a great initial avenue to start gaming. When you go to a bar and there’s an event up there, you have a bet.

"Young people do that all the time. In America, it’s really been limited up until recently. There were only stoic offerings in the Nevada market, but it’s beginning to expand."

Naturally, the 54-year-old admits his role with SBTech will require some initial getting up to speed – which involves a forthcoming trip to Europe and the small matter of ICE London. A lot of that preparation though, will simply mean Isaacs maintaining his contacts within the "financial and gaming sectors."

"If SBTech decide to look at strategic opportunities – obviously they will, otherwise you wouldn’t need a board or a Chairman – we’ll look at different M & A opportunities and I’ll maintain all my contacts," he says.

"It’s an executive role; I’m not a full-time employee. That doesn’t mean I’m not going to pull my sleeves up because that’s the way I operate. I like to be in the trenches."

With Isaacs looking to get that "little bit more involved in life," he is candid when quizzed on his chances of accepting other roles.

He adds: "I am going to be hands on with SBTech but I will certainly be seeking other roles. I do believe there are great opportunities and I can add a lot of value to companies who want to expand and grow."

Expansion, of course, has been hard to come by for many gaming firms of late. Share prices have fallen sector wide, regulators have clamped down across the globe and the reputational damage done in 2018 could wound a weaker industry.

But Isaacs sees the bright side: "You can read people who are doom and gloom, but it’s exciting. People are recognising different technologies can do different things.

"It makes a lot of sense that companies evolve with that technology. Instead of saying we can’t do this and can’t do that, companies are saying ‘how can we do this?’

"I think it’s a great time for the industry.”