SBTech CSO: March Madness is like the FA Cup of US Sports 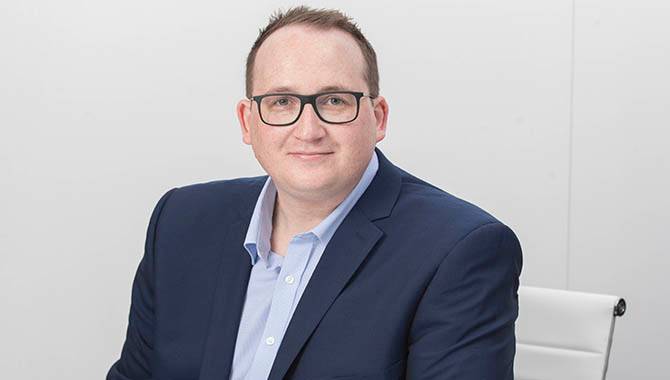 In light of the Professional and Amateur Sports Protection Act (PASPA) repeal, and with the AGA estimating $8.5bn will be wagered on March Madness, what kind of handle do you expect this year?

I personally think the in-play percentage will be pretty high. It’s the US market’s first opportunity to bet on March Madness from an in-play perspective. Historically, people have bet on the brackets, with pre-match betting in Nevada and various offshore outlets. Naturally, I’m expecting the handle to increase by a lot.

What kind of indications has SBTech’s early data from the tournament shown?

There’s been a lot of outright betting. The number one seeds are being backed pretty heavily. There’s mainly a focus on futures betting but, as you get closer to the game, you see a lot more of the game-by-game activity. On the full tournament, it’s been more on the futures at the moment.

How does the tournament’s unique format affect betting patterns in the US?

The way I would describe this for a European audience is it’s like the FA Cup. From a trading and pricing perspective, what you get is matchups you wouldn’t normally see. You can get a few mismatches in terms of points lines and spreads lines. Some of the difficulties you have are not having historical data of teams playing against each other and not having that ratings database.

Some of the matchups have a bit of a rush on certain teams as the market might not have priced it up correctly. You don’t really see that normally, like in the NBA, where the matchups are quite defined and the teams are normally pretty close. College sports in general are more difficult to price up. We’ve got a lot of traders focusing on the tournament and the market movements every day.

Does the fact March Madness takes place over such a short space of time throw up any difficulties?

Difficult things are injuries. If someone is out for the whole tournament, that’s something you need to consider. Also things like momentum. If a team had a really tough game, you have to ask how they’ll react afterwards. From a price movement perspective, you’ll certainly see some volatile price movements.

I don’t see any big concerns about palpable errors or anything like that, however. We did see an error from FanDuel previously but this was more about an input error than pricing.

From the trading team’s perspective, how does March Madness compare to other major events like the playoffs or the Super Bowl?

The big thing is the Super Bowl is a big one-off event. It’s kind of manageable but with something like March Madness, it’s the sheer volume of games and handle. It’s really being able to scale and have 24/7 coverage on the trading team.

Some games are going to be more popular than others but it’s down to the number of matches to monitor. We’ve got additional resources and we’ve got our guys out in Las Vegas, who are focused on the trading.

For a European bettor’s understanding, would it be fair to say March Madness is like having weekend sports every day for three weeks?

Yep, pretty much! It’s a full schedule every day. That’s the good thing about the US market. In the Premier League, we have week to week, which is the same for the NFL. But, with the NBA, NHL and MLB, there’s a full schedule every day. From a customer’s perspective, it’s great to have something to bet on. From an operator or provider’s perspective, it’s a lot more effort to manage all of that.

How does the handle during March Madness compare to other individual tournaments across the US calendar?

It’s a bit unknown. Obviously, we have some numbers from Europe, where there is a lot more activity. But this is the first post-PASPA tournament. We’re expecting to be very busy and we should see a huge spike in New Jersey. The exact number’s pretty difficult to estimate.

Does SBTech have any new innovations planned when it comes to its March Madness offering?

From a market perspective, it’s not quite as easy working under US regulations. There is sensitivity for things like player props on college players. Generally, it’s not being offered in the market at the moment. It’s not that it can’t be done, it’s more that from a regulatory perspective, you want to avoid any potential issues. There isn’t necessarily a concern but you have to be cautious.

For a tournament like this, it’s about having a comprehensive general offering, with 50+ markets and, in play, trying to offer as much half-by-half betting and points lines that you can. Probably next year, what you’ll see is the market evolving and you being able to offer more innovative offerings and specials, when everyone’s more comfortable with sports betting.

What other hopes do you have for next year’s March Madness?

Without a doubt, we’re hoping for more states to be open to legal sports betting. The expectations of $8.5bn this year, you’d expect a lot more of that to be legal handle next year, in terms of not betting on offshore books. Double might be extreme but you’ll certainly see double digits in terms of revenue growth.

In Europe, 70% is also usually in-play handle. This year, it would be good if we got close to 50/50 in the US. At the moment, it’s 30% depending on what sport it is. I think, next year, you’ll be looking more at the in-play betting experience for US customers.