So near yet so far: German gaming's long road ahead to catch its neighbours 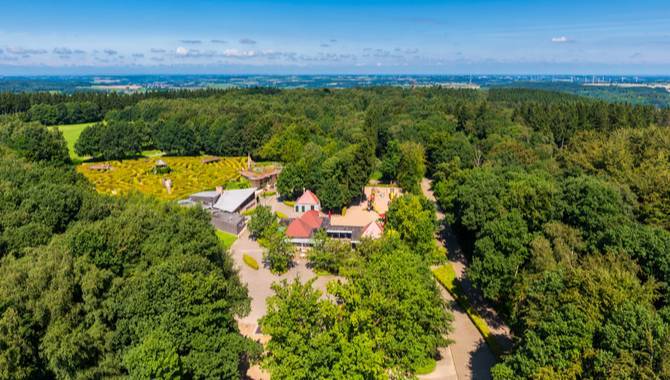 At Vaalserberg, the borders of Germany, Belgium and the Netherlands all meet at a tripoint. But, despite these European nations sitting so close together geographically, the make-up of their gaming industries differs dramatically.

Certainly, there is a detectable contrast in mood across the three nations, even though new gaming legislation being passed in each over the past few months.

The Third German State Treaty on Gambling was the most recent of these acts to receive approval. It has not, however, been met with the same acclaim as the Remote Gaming Act in the Netherlands, or the Royal Decree in Belgium.

Back in February, for instance, analyst Willem van Oort told Gambling Insider it was "a surreal experience" to finally see the Dutch Senate adopt a law to legalise online gaming in the Netherlands. That was a significant departure from the "mild chaos" Van Oort had described some months before.

It was also a considerably different reaction to that of MuchBetter Co-Founder Jens Bader, when the Third German State Treaty on Gambling was ratified last week. He spoke to Gambling Insider of a "half-baked solution" and missed opportunity. Bader, too, said German regulators should look just a few miles West to Belgium, which has done a "good job with regulating gaming."

It’s a sentiment echoed by Roland Louski, Head of Regulatory Affairs at the National Lottery of Belgium, who explained to Gambling Insider at ICE London that the purpose of its Royal Decree is to "get the engine back on track." Regulators and politicians in Belgium are in favour of steering gambling in the right direction, according to Louski – which is a view shared by his peer Philippe Vlaemminck, partner at Pharumlegal.

Sure, the legislation has its flaws, hitting online casinos particularly hard by allowing them to advertise only through their own website. But a far greater will for gaming to succeed appears to exist in Belgium than what's currently evident in Germany.

Attitudes towards gaming are, in themselves, crucial to the cause. In the Netherlands, long delays in the political process have caused great frustration; but the support shown has been notable from regulators, if not widespread. Perceived fairness of the Belgian approach has won politicians a completely different reception for essentially doing the same as their Italian counterparts: restricting gambling advertising. It is the distinction in these restrictions that speaks volumes – about the attitude towards gaming itself.

As Bader points out, the potential of the German economy is an exciting prospect for any legal online gaming market. Equally, though, lingering doubt from state governments about the need for remote gaming is holding it back.

Germany is worth just short of $3.7 trillion in gross domestic product, compared to $826.2bn in the Netherlands and $492.7bn in Belgium. The German population also dwarfs that of its neighbours: 82.7 million people, compared to 17 million and just 11 million respectively.

If there is no political appetite for verticals like casino and poker, however, those numbers don’t mean a thing. Both are currently outlawed in Germany.

The Dutch experience can, in theory, offer plenty of hope for German stakeholders. The length of time it has taken the Netherlands to approve online gaming has been excruciating; but, within the space of a few months, that regulatory process has gone from being lambasted to championed.

There’s nothing to stop German politicians achieving a similar level of appreciation further down the line, of course. Except, that is, their own self-imposed limitations.

With Germany’s economy growing at its slowest rate since 2013 last year (1.5%), every little helps. A good yardstick is the UK market, where online gambling accounted for £5.3bn ($7bn) in gross gaming yield between April 2017 and March 2018. Those aren’t figures to be sneezed at; nor are they realistic short-term aims for the German market.

Those kind of results require years of work. But there is no doubt Germany would reap the rewards in terms of regulated, legal betting numbers, while this only emphasises the need to give itself as big a head start as possible.

Sports betting took up a 23% share of the UK online market during the aforementioned period; a lack of clarity goes some way to limiting this vertical’s potential in Germany. Online casino and bingo, meanwhile, comprised 13% of the UK remote market between them and this, right now, is revenue the German market simply won’t be seeing. Instead, it is at the behest of offshore operators, where no tax revenue can be gained.

So, while Germany has made important steps in the right direction with its Third German State Treaty on Gambling, it is understandable it hasn’t been met with a universal outpouring of praise.

The piece of land connecting Germany, Belgium and the Netherlands (Vaalserberg) is actually a hill which stands 322.4 metres high. If this hill represented online gaming, the Belgian market would be well on its way to the peak, with the Dutch sector a few base camps behind.

But Germany has a long way to go – and its politicians must decide just how far they want it to climb.