The Lounge at Caesars Sports set for 1 August launch 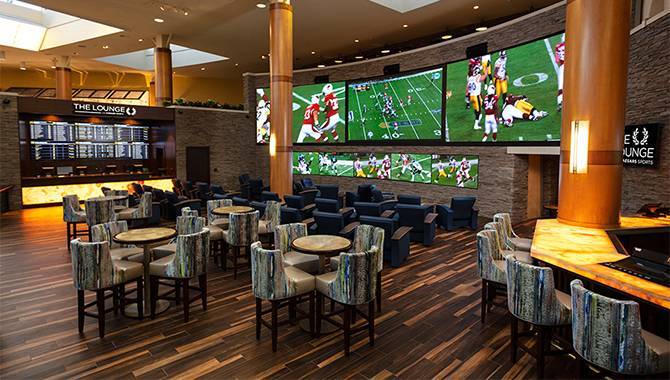 The Oneida Indian Nation today announced its joint venture with Caesars Entertainment will open its doors on 1 August.

The Lounge at Caesars Sports will be opened at the Turning Stone Resort in Verona, New York and at Point Place Casino in Bridgepoint, New York.

At Yellow Brick Road Casino, the brand will be launched in time for the start of the NFL regular season, according to the Oneida Indian Nation.

Rush Street Gaming’s Rivers Casino in Schenectady is scheduled to take its first bets this week and Tioga Downs’ venue in Nichols plans a soft launch followed by a grand opening.

The Lounge with Caesars Sports will host LED terminals with high-definition resolution, state-of-the-art odds boards, bars and VIP areas with their own dedicated TV screens across all of its venues.

The facility at Turning Stone will be located at the resort’s main entrance and will feature a 500ft2 curved LED screen, with acuity similar to New York’s Times Square.