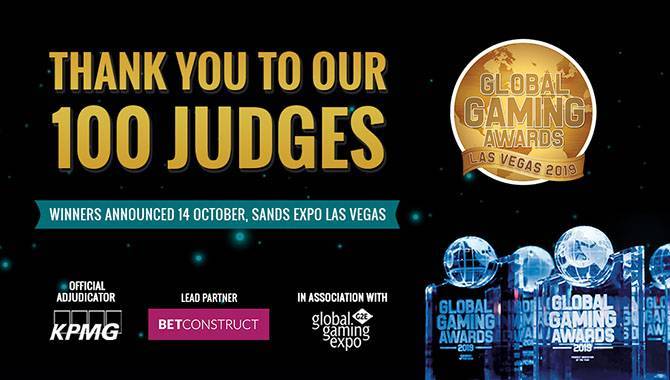 The voting process for this year’s Global Gaming Awards Las Vegas is underway, with the full list of nominees now at the hands of the Judging Panel.

Now in their sixth year, the Awards, which are the most prestigious in the industry, will be decided by the largest Judging Panel the event has ever seen, with the number of leading executives casting their vote now up to 100.

Voting is now officially open, after a period of self-nominations and analysis from the Gambling Insider editorial team and Nomination Panel.

This year’s winners will be announced at a luncheon ceremony at the Sands Expo Convention Center on Monday 14 October, kicking off the G2E show.

The Judging Panel will choose between nominees in 12 separate categories, deciding on first and second place in each one. Should there be a tie for the winning position in any category, the nominee with the most second-place votes will emerge victorious.

After the final Shortlist was formed, nominees were presented with the chance to provide a supporting statement to the Judging Panel.

The Global Gaming Awards are powered by Gambling Insider in association with G2E Las Vegas and are officially adjudicated by KPMG Isle of Man.

Gambling Insider COO Julian Perry said: "I wish the very best of luck to all nominees. The eventual winners should be immensely proud, as these Awards are definitive proof that the industry, your peers and your customers regard your company as the best in the world in your particular category.

"To have 100 industry leaders devoting their valuable time to evaluate, research and express their views on the Awards makes me very grateful."

Online and land-based gaming solutions supplier BetConstruct is the Lead Partner of the Awards.

The Global Gaming Awards Las Vegas 2019 Shortlist magazine will break down the extensive list of all nominees in each category, which is to be released in September and distributed at G2E.

Visit https://www.globalgamingawards.com/vegas/ for the full list of Judges and for more information about this year's ceremony.