Comment: The two sides of the Genius Sports/Sportradar debacle dissected

Sports data suppliers Genius Sports and Sportradar have been locked in a heated debate, as Sportradar could potentially be launching legal action against Genius. 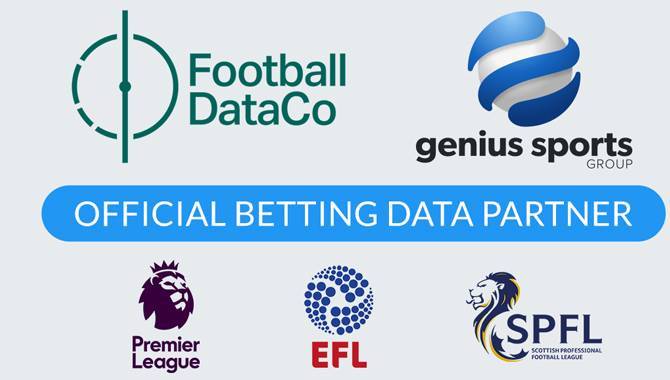 According to Sportradar, Genius’ reluctance to sublicense the rights to the top UK football leagues infringes on UK and EU competition law, is fuelled by a desire to increase market share and is destructive to the market as a whole.

Meanwhile, according to Genius, Sportradar has only been excluded from the sublicensing conversation because it does not abide by Genius’ internal guidelines, mainly in the collection of unofficial data from within stadiums.

Genius insists it is still open to conversations with other data suppliers and potentially even Sportradar.

Sportradar feels there should be open and fair competition in the sports data market without information monopolies and has had to collect unofficial in-venue data due to being unable to obtain a sublicense, while Genius believes collecting unofficial data from stadiums undermines its official rights.

It is important to note firstly, prior to the current season, Sportradar has unofficially collected data from FDC competitions without a sublicensing arrangement, although claims it has sought to obtain one in the new cycle as well as previous cycles.

However, judging by recent events at Hull City's KCom Stadium, which saw a fan repeatedly warned he would be ejected from the stadium if he continued to text, Football DataCo and Genius are getting tough on unofficial data collection from within stadiums, as this is seen to breach ticket terms.

Faced with the possibility of not being able to collect in-stadia data, and relying on TV and radio data collection, which is several seconds slower, and in many cases, unavailable due to the events not being broadcast live, Sportradar is consequentially placed in a tricky position. The supplier is left with a sub-optimum product and without a sublicensing deal, Sportradar could struggle to compete with Genius for contracts with the top UK bookmakers.

Subsequently, Sportradar is forced to request a sublicensing agreement with Genius, but Genius is apparently unwilling to enter into this conversation.

This has pushed Sportradar down the legal route. Whether the supplier actually has grounds for this is another story, but both arguments can be understood to a certain degree.

Genius has paid for the official rights to the leagues and is therefore not required to sublicense to anyone. Also, paying for official data rights and then allowing others to collect said data without a sublicense renders the initial deal essentially pointless. Therefore, Genius’ internal guidelines do seem fair, as long as the supplier is open to sublicensing, but if it is not open to sublicensing, then it looks harder to justify.

That being said, there is no evidence to suggest Genius has entered into conversations with any third-party suppliers, regardless of whether they were to meet these so-called internal guidelines. If all sublicensing deals are off the table, then it does raise questions as to the supplier’s apparent moral reasoning.

While Sportradar has reluctantly had to collect unofficial data from FDC competitions up to this point, Genius has laid a very large obstacle in its path. Without the possibility of a sublicense agreement, the supplier’s position in the UK market could suffer, and this threat of legal action seems like a final reaction to a difficult situation.

Ultimately, Genius’ current monopoly over the official data could be harmful for both the market and the product. Multiple data sources will of course create competition. Meanwhile, Sportradar and other third-party suppliers will most likely have to collect unofficial data out of necessity.

Perhaps, as the season progresses, we will see Genius open its doors and, although it doesn’t seem likely, work with those who Genius deems to have breached its guidelines in the past.