Analysis: Has there been a shift in attitudes towards Japanese casinos? 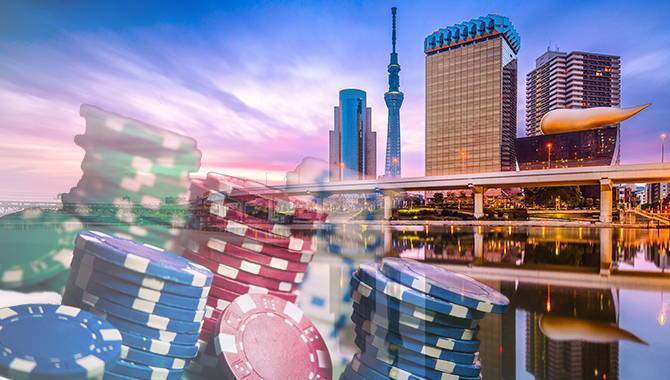 Even if they may be a few years away, Japanese casinos are the gaming industry’s next "big thing." The excitement generated by the potential of a Japanese market has had operators across the world abuzz for quite some time now.

The process to establish integrated resorts in the country is well underway, with the Japanese Government this week nominating five members to form its Casino Management Committee.

Recent comments from US casino operators however, seem to have dampened expectations somewhat. The buzz is not as loud as it once was.

He said: "No matter how good you are at this business, you must stop and think is that prudent? Can you really deploy? Can you get the return? We've had those discussions and we've had them with the Japanese Government, so our Chairman and our board will make that decision ultimately."

Goldstein wasn’t alone, with Wynn Resorts’ Q3 earnings call also coming with some tempering of expectations. Wynn CEO Matt Maddox said: "We are going to pursue Japan with vigour but we will not pursue it if it does not make financial sense. I still believe this is going to be a longer process than a lot of people are anticipating.

On the surface, some of these phrases are common-sense statements; it looks a case of companies being sensible and highlighting that pragmatism to the investor community. No casino operator would enter Japan if it was guaranteed a loss.

But it’s about the messages these kinds of comments send to investors. It’s almost as though we are seeing a shift in attitudes towards integrated resorts in Japan.

While Sands and Wynn are coming across as more contained in their approach though, the likes of Galaxy Entertainment Group and MGM Resorts International still seem more bullish.

In the race for an Osaka casino, MGM, Galaxy and Genting have been reported as the final three candidates for a casino license. It’s interesting to note there have been no such comments of potentially scaling back efforts, or suggesting the overall process will take longer than people think, from those operators.

So are we, instead, actually seeing a containing exercise from firms which might not be in pole position to land a license?

If you aren’t expected to attain a certain goal, it makes less sense to perk investor hopes up, only to cause disappointment and a potential dip in share price when that goal is not attained.

It’s a failsafe strategy, as dampening expectations may also prompt a more positive reaction if the likes of Sands or Wynn do indeed end up with a casino in, for instance, Yokohama.

All things considered, there has certainly been a change in the recent narrative, with C-Level executives emphasising the costs of entering the Japanese market, as opposed to the non-stop stream of positivity previously broadcast to the public. That comes on top of Caesars Entertainment withdrawing from the race to Japan completely and others withdrawing from the bid for Osaka.

But that change has been prompted by operators who previously came across as less sure about Japanese gaming, anyway. With only three integrated resort licenses initially available, Japan definitely won’t be for everyone.

A change in narrative however, does not necessarily mean a change in attitude, especially when only driven by certain sections of the market. The promise of Japanese gaming, for those who remain bullish, is still as high as ever.