Ethan Brunso, digital media expert at Delasport, discusses esports: The rise of a billion-dollar industry that is quickly turning into a new driving force for local economies, as well as the risks it bears as an immature market spreading at great velocity.

Esports has been greatly flourishing in the past few years, quickly becoming popular among younger generations and building a huge fan base. With the increased interest in alternative media, viewership, and sponsorship the industry’s revenues are massively growing, exposing esports to unforeseen risks. Money constantly pouring into an emerging niche market, relatively immature still lacking standardisation and a regulatory body, makes it an easy target for corruption.

Once a community of at-home PC gamers, keen on video games and competing in small groups, esports has developed as a global business with a massive audience. Teams of international young professionals competing in great arenas, taking part in tournaments with a huge prize pool.

Most of the money is made from betting and, as per current estimations, there will be a surge in the global annual revenue which in 2023 is expected to reach more than $1.5bn. This inevitably brings to the table issues with the accumulation of a large amount of funds in a newly established market.

One of the foremost issues esports is facing is the lack of standardisation. With game publishers being a major governing body for their titles, it’s very difficult to establish unified rules. Game publishers' base income comes from selling games and not from esportss, while GSOs (Global Sports Organisations), which are the main regulatory body for traditional sports (responsible for the integrity of the sports) have not shown initial intent to establish a unified system of progression within the market.

Some GSOs work together with law enforcement agencies, which allow the investigation and punishment of competitive integrity violations such as match-fixing, which has already emerged as an issue within esports.

Competitive integrity regulations comprise all rules that guarantee a level playing field; that way the more skilled team or player wins a competition/tournament. The absence of such regulations and a governing body allows criminal networks to take advantage and use bribery, corruption, and in some cases even death threats to make quick and easy ill-gotten gains. Issues arising are related to tournaments, advertising, sponsorship and the relatively low salaries of new and intermediate players. Poorly defined contracts between teams and brands often result in lawsuits that harmfully affect the brands themselves.

As a burgeoning market, esports brings the demand to put some money on the outcome of tournaments and leagues. History knows some cases where players have been bribed to throw matches (professional esports player ‘’Forsaken’’, who has thrown two matches); a successful StarCraft 2 player, Lee Seung-Hyun, has been arrested in 2016 for throwing matches and given a prison sentence of 18 months.

Professional esports FIFA player Danny Taylor received death threats on Instagram for his refusal to throw a match for £30,000 ($39,530). These cases show integrity within esports can waver depending on the interest of illegal betting syndicates.

Ian Smith, commissioner of ESIC (Esports Integrity Commission) has been investigating a case of possible match-fixing in a lower-level qualifier of a big sports event, as he suspected one of the teams underperformed deliberately. It turned out the tournament organisers had accepted the teams without even checking on them.

Match-fixing is often associated with young players competing in small teams and is non-existent among the top-tier teams, in which professional players have worked hard to reach the current level. Lower-tier professional players are more susceptible to bribes from illegal betting syndicates due to the insufficient money they earn in their field.

As a non-profit organisation, ESIC was established in 2016 to deal with known issues like match manipulation, betting fraud, and other integrity challenges. It’s been working together with betting companies to provide the necessary data to the respective authorities concerning any illegal actions, including cheating, illegal betting and doping.

Countries like Spain, Sweden and the US have brought together measures to penalise betting companies that offer odds on matches in which the bigger part of the players are under the age of 18 and thus to reduce the enticements of match-fixing.

Organisations aiming to act as a regulatory body for esports exist, like the International e-Sports Federation (IeSf) and World Esports Association (WESA), but none of them are currently providing enough output legitimacy.

The rules of esports games are pre-defined by the developers of the respective games. The only rules that can be set separately from that are the ones related to the environment in terms of equipment, competitive integrity and behavior.

One of the longest-running organisations associated with esports is ESL, an organiser and a producer of video gaming competitions. It has closely worked with the World Anti-Doping Agency to establish an anti-doping policy, being the first Esports agency to reinforce such regulations. Together with leading esports professional teams, ESL founded the World Esports Association.

Recently the association partnered with GG.bet for CS:GO to provide odds and predictions on CS:GO and Dota 2 tournaments, in doing so taking a big step in establishing collaboration between the competitive esports scene and the betting industry.

To retain its huge audience and continue developing, the esports industry needs to ensure its integrity and legitimacy are highly maintained by proficient regulations. Moreover, the close ties esports has with the gambling industry implies potential legal issues which may eventually rise. Companies and organisations dealing with a budding esports industry must maintain a consistent level of knowledge with the progression in most if not all aspects of esports.

We at Delasport have found that keeping pace with new developments in the industry of top-tier leagues, teams and organisations is currently the most efficient and secure way to have a legitimate esports offering. What we look to bring is a varied, secure and optimal esports solution with which our partners can enter the esports betting industry with peace-of-mind and seek steady growth in a not-yet stabilised market.

Companies would do well to follow suit in practices that ensure secure and legitimate content within their brand, so as to solidify themselves in a newly booming market. Historically an emerging market that doesn’t lose traction is prone to internal disassociation when reaching a certain volume. Staying within the constraints of the highly reputable organisations and regulatory bodies is a sure way to excel, and in the end join the upper echelon of industry leaders through preparation and dedication to excellence.

Ethan Brunso is a digital media expert at Delasport, where Ethan adds that little bit of magic to the daily mundane with whimsical content and insightful additions. Ethan's work has taken him through the full spectrum of development that new age media has to offer and he has solidified himself as a driving force in the Delasport family. Ethan enjoys hiking and is a speedboat and drone racing enthusiastic. 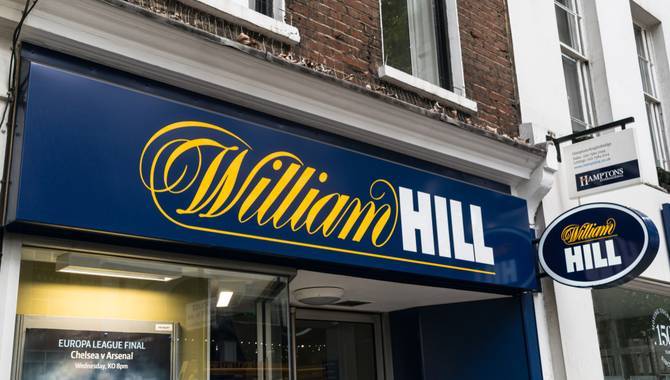